Didn’t Wesley Crusher leave the show?  Well, he’s back already, and Jimmy and Tom have some thoughts on that.

tomk:  So, fun fact:  that character basically is Tom Paris. Rumor has it they renamed the character to avoid paying this episode’s writer additional royalties.

jimmy:  Do royalties work that way?  If a character from an episode is used again, the original writer gets paid?

jimmy:  But otherwise, yes, it easily could be.

Though, maybe more than just a name change:

“His career in Starfleet was short-lived, however, and ended after he was involved in covering up his own pilot error which had led to the death of three fellow officers at Caldik Prime. Paris initially denied responsibility for the accident, but later admitted he had falsified reports to hide his culpability; for his actions he was ultimately discharged from Starfleet.“

tomk:  Well, yeah.  They couldn’t just go with the same story…or could they?

jimmy:  I’m not sure I buy the royalties thing, but this certainly seems like a Tom Paris prototype.  And, quite possible, whenever they got around to telling this story in Voyager the writers didn’t know or didn’t care about continuity with this episode.

tomk:  And it’s not like actors haven’t played multiple characters over multiple series before. James Cromwell may be best remembered for First Contact, but he appeared in a TNG episode we’ve already covered and played an alien in full makeup on DS9.

jimmy:  Sure, it happens a lot.  Usually with more uniqueness to each appearance.

tomk:  Yeah. The “problem” here is Robert Duncan Mcneil looks exactly the same in both roles. And this is a pretty memorable episode of TNG.

jimmy:  Beyond looking the same, his back story almost matches the storyline of this episode. Plus it being memorable as you said.

tomk:  Yeah. How many times was Wesley so wrong that Picard has to yell at him?

jimmy:  Why wouldn’t they?  I never got a member of my squadron killed.

tomk:  What about Herman?

jimmy:  He was like that when I got there.

tomk:  Captain Jake is looking into it.

jimmy:  Speaking of looking into it, why did that Vulcan seem so familiar?

tomk:  Was he on Seinfeld?

jimmy:  That could be it.

tomk:  It could also be that Boothby was your favorite Martian.

tomk:  Your have five?

tomk:  And in the future…he’s a groundskeeper.

jimmy:  And a friend to an apparently very fit Picard.

tomk:  He doesn’t just sit around Ten Forward eating snacks during chats about cartoons with Riker.

tomk:  It’s why Woody got transferred to Engineering.

jimmy:  What about Buzz?

tomk:  Not really.  He made Captain Jake’s crew.

jimmy:  Good. A red shirt there means you are down to par-tay!

tomk:  They call him “Buzz” for a reason.

jimmy:  So what did you think about this return of Wesley?  He seemed much more “common” than his usual appearances where he is often treated like a brilliant superpowered entity.

tomk:  That’s true. I think that’s a good thing. Wesley is still an impressionable kid, and the group he was hanging out with were idolized by other cadets, something that carries over to DS9 with Nog. Wesley shouldn’t be immune to peer pressure from kids his own age.

jimmy:  I was also a little surprised he had to rehab his arm.  Seems like they can fix wounds like that instantly.

tomk:  Maybe they had to grow him a new one.

tomk:  But I mean it about people his age. Think about it. The only times we’ve seen him with kids his age, he’s either dodging evil headsets with Ashley Judd or nearly getting executed for stepping on flowers.

jimmy:  There was that episode too with the entrance exams, but yes, you’re right.

tomk:  Oh yeah. Where he lost his slot to an older alien.

tomk:  You want evil anyone to catch a break?

jimmy:  Maybe it would make them less evil.

tomk:  The thing that makes Wesley less evil is no matter how much kids his own age pressure him, he still can be shamed into doing the right thing by Picard.

jimmy:  He was having doubts from the start though. Picard just gave him a small push in the right direction.

tomk:  Or a good, solid shove towards the moral airlock. Just like Boothby did for Picard.

jimmy:  That parallel wasn’t forced or obvious. Though I don’t think they said what Picard did.

jimmy:  But thanks to the gardener, he made it right.

tomk:  Gardeners…is there anything they can’t fix?

tomk:  Actually, there’s a lot they can’t fix. Ain’t nobody alive that can fix stupid.

tomk:  Yes. Or stupid like thinking no one would figure it all out.

jimmy:  It didn’t even seem close. It wasn’t like they really got away with it prior to Wesley’s confession. Everyone knew they were lying.

tomk:  Yeah. Though I am not sure why Picard figured his crew could figure out the truth faster than the Academy. Wouldn’t it have better resources than a single ship and its crew?  Even if the crew includes Data and MVP Worf?

jimmy:  That had to have something to do for 45 minutes.

tomk:  You and your legitimate answers. I suppose next you’ll know why there are so many Bajorans in Starfleet despite the fact Bajor is not in the Federation over on DS9.

Well, maybe some questions don’t have answers. Do you have anything to add, Jimmy?

jimmy:  Only one thing…

jimmy:  Why are there so many Bajorans in Starfleet despite the fact Bajor is not in the Federation over on DS9?

I have no idea.

jimmy:  Hmm. I guess we better keep watching to find out.

tomk:  Well, the next episode doesn’t address that. Instead, we get the super team-up of Alexander and Lwaxana Troi.

jimmy:  Hmm. Maybe we should watch DS9 this week.

jimmy:  Shucks. Ok. Momma Troi and the Boy it is. 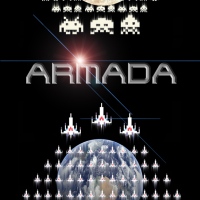