The Daleks ask the Doctor for help. No, really!

So, I had heard that one of the most hated companions in the entire history of Doctor Who, someone who rivals Adric for hated companions, is Clara Oswald, the young woman who replaced Amy and Rory when those two characters left the series.

I’ll judge her for myself when the time comes, but I think I found her first episode.

Yeah, why are Rory and Amy always off on the their own and not traveling with the Doctor between series and episodes?  Never mind.  They’re off on their own again, and apparently getting a divorce for some reason.  The Doctor is somewhere and somewhen else answering a distress call from a woman who…turns out to be some kind of disguised Dalek.  He’s caught.  Amy and Rory are caught the same way, and the trio finds themselves before the Parliament of Daleks.

That’s a lot of Daleks.

Oh, good news.  They don’t want the Doctor dead.  See, a starliner crashed on this planet…the planet where the Daleks send their insane members, the ones who in many cases survived a massive battle but just barely, and it turns out Daleks have a hard time killing anything that hates the way those Daleks do, implying that’s why they let the Doctor continue to live.  Anyway, that crashed ship means the Even More Disturbed Daleks may be able to escape, but there’s a forcefield around the place.  Apparently, the Dalek’s plan is to send the Dalek Predator down to the planet to shut off the forcefield, after which they will blow up the planet.

Yes, the Doctor is the Dalek Predator.

And yes, there’s an incentive, because there’s some woman down there named Oswin (or, possibly, Clara), and she’d like to be rescued.  Likewise, the Doctor acts best, the Daleks figure, when he has some companions, so the decision is made by the Parliament to send the Doctor, Amy, and Rory down to the surface with some special bracelets to keep the planet from converting them into…more of those human-looking Dalek things.

It turns out that the Daleks on the planet are a bit dangerous, but with help from Oswin over an intercom, the Doctor, Amy, and Rory do manage to survive.  She can turn off the forcefield if the Doctor can free her from wherever she’s locked up.  As it turns out, Amy does get infected by the whatever turns people into Daleks, but Rory opts to give her his protective bracelet because he still loves her and love keeps people as people, but it turns out she also still loves him and only left him because she can’t have kids anymore.  She figured because he wanted kids, he wouldn’t want her, but she was wrong, the two make-up, and the Doctor was right that the mission was going to fix their marriage.

Down side:  Oswin is a Dalek with a human mind and doesn’t know it.  She’s connected to the Dalek hive mind, and the Doctor has to break it to her.  This comes after he managed to dodge his way past Daleks who survived encounters with him, so this was a bit of a downer.

Fortunately, Oswin wants to be remembered as human and drops the forcefield, allowing the Doctor to beam himself and the Ponds back to the captured TARDIS just as the Daleks destroy their asylum world.

Oh, and because of that hive mind, Oswin made the Daleks forget all about the Doctor.  The Daleks simply do not recognize the Doctor anymore.

I’m sure they’ll remember before too long.

Doctor Who “The Trouble With Drax” 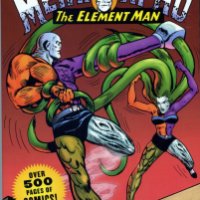 Doctor Who “The Trouble With Drax”