Batman has an enemy called the White Rabbit too. She is somehow even less impressive than the one who fights Spider-Man.

Last week, I covered the lesser Spider-Man foe the White Rabbit.  That was a woman who wore some bunny ears, committed rabbit or Alice in Wonderland-based crimes.  She pops up from time to time, but my general impression is she’s kinda pathetic, perhaps by design.

DC had a character like that too, also called the White Rabbit.  This one was a little screwier and wasn’t intended to be funny.

Thanks again to YouTube’s Mr. Rogues for covering this one first.

First appearing in a New 52 launch called Batman: The Dark Knight, this White Rabbit was a criminal who kept running into Batman with this rather complicated scheme involving infecting various Batman-foes with a chemical that somehow caused them to hulk out into massive slabs of muscle.  This was the work of writer/artist David Finch, and the most memorable part of the story may not have been the White Rabbit, but was what happened to Two-Face.  He bulked up and renamed himself One-Face.

Worth noting, his face didn’t really change, so why he was now “One-Face” doesn’t make a whole lotta sense.

Anyway, the White Rabbit would pop up and evade Batman as he tried to figure out who was behind all this.  It turned out to be some sort of complicated scheme involving White Rabbit acting as an agent for either Bane or Scarecrow since the  chemicals were some kind of combination of Bane’s venom and the Scarecrow’s fear toxin.

And then the big reveal!  White Rabbit was two people!  Sort of.  See, Batman in his guise of Bruce Wayne was starting a relationship with one Jania Hudson, the daughter of an American diplomat and a Bollywood actress, and she and the White Rabbit were sort of the same person.  Using some process that was never really explained, Jania would split into two people with two distinct personalities, and one of them was the White Rabbit.

So, naturally there was some big explanation for all this, right?  Batman found out about Jania and all hell broke loose or something?  Um, no.  Not only was the series itself canceled not long after that, but this one story was really the only real starring role for this White Rabbit.  She would appear in group shots, get spotted hanging out with the Mad Hatter, and appear in the recent Future State where she was fairly quickly killed off.

You know, somehow this character seems less impressive than the one that fights Spider-Man, so maybe it’s for the best. 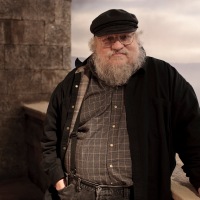