OK, so, here’s a question:  where did Luke Skywalker learn as much about the Force as he did between Star Wars and Empire Strikes Back?  Obi-Wan had only given him a few rudimentary lessons, and yet he somehow knows how to pull his lightsaber from the ice using the Force and later tells Yoda he’s “learned so much”.  Is it instinct?  Or something else?

The most recent Star Wars comic series, this one from Marvel, attempts to maybe deal with that a bit as seen in the second volume, subtitled Showdown on the Smuggler’s Moon.

After a single issue flashing back to the time of Luke’s childhood as a conflicted Obi-Wan Kenobi tries to stay hidden amidst strife caused by Jabba the Hutt forcing water from the local moisture farmers, a task where Obi-Wan would want to help but knows he also can’t reveal he’s a Jedi, we cut to the main story, told in two plotlines that come together.  The first, left over from volume one, has a woman show up claiming to be Han Solo’s wife.  Han denies it.  She insists.  Who will Leia believe?

The second has Luke, looking for answers, do a monumentally stupid thing by going to the title location of the Smuggler’s Moon of Nar Shaddaa.  He gets caught there by a Hutt that apparently believes in CrossFit and it becomes clear:  Luke doesn’t know much of anything.  The Hutt and his “gamesmaster” might know a few things if Luke can survive long enough to learn them.

Jason Aaron has a good handle on this, even if I’d rather read, well, any of his other work.  There are a couple different artists working on the book this time around, and none of them are slouches, though the best part may be the thing we never really knew we wanted to see, namely a team-up between Chewbacca and C-3PO.  I liked the Darth Vader series that ran at the same time as this one, but this is still a bit of fun.  Eight and a half out of ten Wookiees with lightsabers. 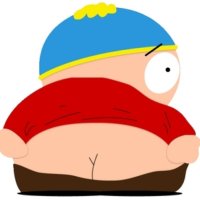