Continuing my occasional series as I work my way through the late Sir Terry Pratchett’s Discworld series, one novel at a time.

Today’s entry is on the 39th book, Snuff.

First Appearance:  A couple goblins that might have had more to do if Pratchett lived longer.

Plot:  Sam Vimes is going on vacation against his will.  His wife, Lady Sybil, insists on taking him and their son Young Sam out to her family’s countryside estate.  Sam doesn’t want to go, but he won’t tell his wife no either.  So, off to the countryside he goes, with only his faithful gentlemen’s gentlemen Willikins to go along and keep him some modicum of familiar company from the city and the job that holds onto him so tightly.

But there’s crime in the countryside too, and goblins are going missing and even being murdered.  Goblins are considered little better than vermin, and thus have no rights.

Commentary:  This was the last of the City Watch books, and it goes out OK.  The last third or so seemed rushed and crowded, and it was odd having a Watch book where it was mostly Sam Vimes by himself.  True, there were flashes to what was going on in Ankh-Morpork, where Captain Carrot was running things during Vimes week or so away, but events left Fred Colon in a coma of sorts, Nobby Nobbs was missing for a good stretch of the middle section, and Detritus never uttered a word when he finally showed up.  Also, no sign of Death in his usual cameo.  What gives?

Instead, we see Vimes having to go on trips to high society type country estates, though there was a wonderful moment when he was taken to the home of one of Sybil’s friends, and said friend had five unmarried daughters looking for gentlemen husbands, namely men who didn’t actually have to do anything.  Vimes went off on this idea, saying they needed husbands with jobs, or they could work themselves.  One daughter, named Jane, seemed to be aspiring to write novels.  The final punchline of the book revealed she wrote a bestseller titled Pride and Extreme Prejudice.  On the ride home, Vimes thought Sybil might be mad at him for being himself, only to find out that Sam being Sam was the whole reason Sybil took him to her friend’s house in the first place to talk some sense into the girls.

But the main plot seems to deal with Lord Rust’s son running a smuggling operation of tobacco, goblin slave labor, and troll drugs.  Though the kid never actually appeared in the book, Pratchett has by this time done the “misunderstood subgroup finding acceptance” plot multiple times, and Vimes even references the orc on the Unseen University football team when he thinks back on that.  There’s nothing new there at this point, and the jumbled conclusion certainly doesn’t help.

If anything, Pratchett’s affection for the Nac Mac Feegles shows with Constable Wee Mad Arthur, now knowing he is a Feegle and not a gnome, having a mini-adventure where he rescues some goblins slaves on another continent single-handedly.

So, really, goblins have rights and Vimes solves a case, while teaching another young constable in another place the way to be a good copper.  There may have been a change of scenery, but really, this one didn’t do as much as past Watch books, if for no other reason than it kept most of the Watch largely out of the book, and certainly didn’t do anything the reader hadn’t seen before.

Two more books in the Discworld series, not counting various short stories and “science” books and whatnot.  I haven’t read these two before, so let’s see how they turn out.

NEXT BOOK:  When there’s an impossible job to organize, the Patrician of Ankh-Morpork knows who to force into service.  It’s time for Moist vonLipwig to once again do a task for the city, this time in setting up what looks like a railroad.  Be back here soon for Raising Steam.

The Amazing Maurice and his Educated Rodents

A Hat Full Of Sky

I Shall Wear Midnight

One thought on “Discworld Read-Along #39: Snuff” 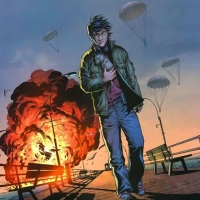