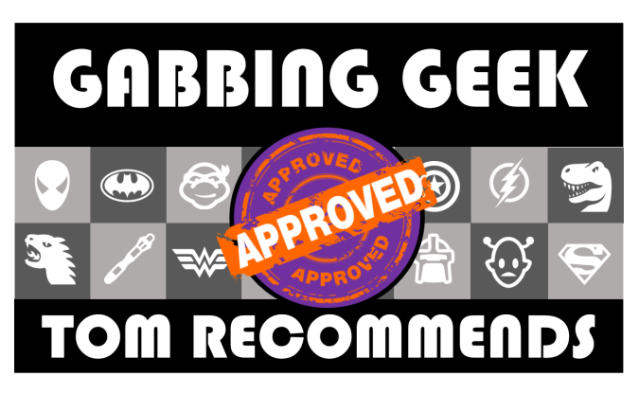 According to Hollywood folklore, the movie Predator started off as something of a joke. The concept was that since Rocky Balboa had managed to win the Cold War, there wasn’t anyone left on Earth for him to fight in the ring, so it might be time to bring in someone from beyond the stars to spar with the Italian Stallion.

And you thought Pauly’s robot in Rocky IV was ridiculous.

Thank God they made a better movie out of the idea instead.

There’s a lot to like about the Predator, both as a character and as a movie.  Though excessive sequels, crossovers, and reboots have robbed the character of a good deal of his menace, the original movie stands strong on its own.  Consider if you will that the Predator itself doesn’t speak.  What little dialogue it has comes in the form of pre-recorded words and phrases he takes from various humans he encounters.  The closest he has to actual words are a particularly creepy, “What the hell are you?” but even then he’s just repeating what Arnold Schwarzenegger’s Dutch has just asked him.  The audience only really knows what the being is about due to a few bits of body language and some educated guesses Dutch and his ever-shrinking crew have along the way.  We’re led to understand that the creature is a big game hunter from beyond the stars.  What clues do we have?  He only attacks armed opponents, theoretically someone who can give him something of a fight, and he is briefly seen admiring skulls from his victims.  That’s it.

Furthermore, it might even be possible for the audience to root for the Predator.  Dutch is a standard Schwarzenegger hero.  He’s about as generic as they come.  The rest of his crew could have stepped out of any standard 80s action movie.  There’s a redneck, a black guy, a Native American, a Latino, and a dork.  Joined by Rocky mainstay Carl Weathers as a less-than-forthcoming CIA agent, the movie looks like nothing particularly special to start.  Dutch and his crew storm a Central American militia camp, kill a bunch of guys in a way that looks easy, and take a young woman prisoner.  Dutch gets a bit mad when he realizes Weathers’ Dillion tricked him, and promises to get back at him for it.

And that’s when the monster that’s been lurking on the sidelines decides to get involved.

By this point, the Predator had been “seen” by the audience through its own eyes, following the others, with only Dutch’s Native American teammate Billy being even slightly suspicious.  When it finally jumps in and kills one of the guys (the dork), the audience still doesn’t get a good look at the creature, seeing only a transparent outline of something big on two legs.

From there, the movie shifts gears.  Forgetting the forgettable plot about the militia rebels, Dutch and his shrinking crew instead need to worry about survival.  While the dialogue is mostly pithy and a bit silly (“If it bleeds, we can kill it.”), the plot moves very well and shows a certain intelligence.  The audience knows the Predator is an alien since the opening shot is of a spaceship dropping something off, but besides being highly advanced technologically, the movie never treats the Predator as a big, dumb beast.  He’s smart, sets traps of his own, and mostly recognizes other traps set for him.

Not only is the creature smart, tracking the group with what seems to be little effort, he’s also big, strong, and one ugly mutha.  After manhandling the rest of the crew, the creature decides to discard its weapons to fight Dutch with its bare hands.  And he’s winning.  Easily.  Schwazenegger’s best punches only seem to irritate the alien.  When he punches back, and he’s a seven foot tall thing on top of everything else, he sends one of America’s favorite 80s action heroes flying all over the place.  If it didn’t slow down to savor this last kill, it probably would have won.

Director John McTiernan, also responsible for the Christmas classic Die Hard, knows how to put together a good action film.  Predator may not have won any Oscars (and yeah, didn’t deserve any outside of the monster suit), but it is exciting, fun, and a thrill ride.    The fact that none of the character’s follow-ups have been anywhere near as fun is a testament to the original that perhaps should have been left well enough alone.  With writer-director Shane Black working on a new version, maybe we’ll see a good Predator movie again soon.  Or maybe not.  Just go with the original for now.