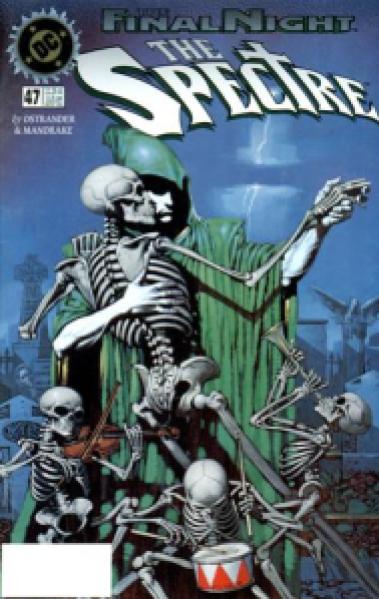 I have to admit, I’m shocked that a 2nd or 3rd tier hero like The Spectre even has a major motion picture, let alone one that would make the top of the box office.  Tom would be a better one to talk all things Spectre since I’ve really never read much about him, but Tom is on double secret probation for his Russian box office report last week.

What?  That Russian report was…you’re not talking about that are you…why are you looking at me like that…I didn’t…wait…Spectre…not The Spectre.  Whoops!  Anyway, let’s see how the new Bond film, not the second film in the new DC Cinematic Universe did after the break.

Holdovers Spectre and The Peanuts Movie dropped 49.7% and 45.3% respectively to once again lead the box office this week with $35.4 and $24.2 million dollars.  That’s not too bad a weekend to weekend drop for Bond and shows the film may have some legs.  Of note, Skyfall fell 53.5% in week number two, but also opened bigger.  Similarily that Peanuts drop is not too bad, but may be a bit steeper than would be expected for an animated film.  It should have some decent legs with almost no competition for kids currently and Thanksgiving just around the corner.

Part of the reason for the strong second weekend performances were the weak performances of this weeks new releases.  Love The Coopers ($8.4) and The 33 ($5.8) did no business worth talking about.  The biggest surprise of the newcomers was an imported Bollywood film called Prem Ratan Dhan Payo that made $2.4 million on 286 to land in the top 10 at #8.  I never heard of it either.  My All American ($1.4) was DOA and finished out of the top 10.

A lot of talk this weekend has surrounded the Brad Pitt/Angelina Jolie film By The Sea which made $95K on 10 screens.  That number doesn’t bode well for the film.  It will add screens next weekend but may never get a wide release.

On the geek front, The Martian continues to hang around, finishing fourth this week with $6.7 million.  That brings its domestic total to an impressive $207 million and worldwide to $477.9.  It has become Ridley Scott’s highest grossing film and his first ever to cross the $200 million line.  It currently sits at #6 domestically for the year.  With no chance of catching Minions at $335 million for 5th.

Don’t look for a Spectre/Peanuts three-peat as The Hunger Games: Mockingjay – Part 2 arrives next weekend to annihilate the box office.

Doctor Who “Wave Of Destruction”

Doctor Who “Wave Of Destruction”