In every generation there is a Chosen One. I alone will stand against the vampires, the demons, and the forces of  Netflix.  I am the slayer! And these are my chronicles while watching Buffy The Vampire Slayer for the first time…. as a 35 year old woman. That’s right – I am a Buffy virgin.

Today we will be talking about Season 3, Episode 2. If you’re (re)watching with me, tell me what you thought about this episode in the comments!

For past posts, please reference my Handy-Dandy-Xandy-Guide.

Dude we’re back at the bronze and HOLY SHIT I REMEMBER THAT SONG! It’s Third Eye Blind: In The Background. Literally, it’s in the background playing while Buffy and Angel are dancing? Wait – is this another stupid dream! Stop it with the dreams already! It’s such a tease, I hate it. But I do love Third Eye Blind. So many memories associated with that song. Like dating my high school crush (who happened to be my neighbor) and dancing at prom on the Queen Mary, and sitting in my room writing in my diary about … well – never mind about that.

Such a great song.

BUFFY! That’s right. Okay – we’re going to do something different today – there are only 3 main things that happened in this episode that need discussing:

The butterfly clip. Seen, worn, and adored by all teenage girls in the 90’s. We’ve seen them over and over again on Buffy – she clearly has a thing for them. I don’t know why I’m distracted by this – maybe because I too wore these clips – like, ALL THE TIME!

And with a little finesse – I think we can bring these back into style. What do you think ladies? I mean if Hunger Game’s Effie can pull it off, I’m sure we can too – right?

Look at what you can do with a new updated version of our favorite 90’s fashion accessory! So many options – and so many colors!

Quite an update, wouldn’t you say!? It’s not as bad as you thought, right? Were you expecting something more like this?

Yeah – let’s stay away from that. Shall we?

Oh shit! A new slayer? Faith? Elize Dusku? What? She’s on the show now? And it looks like she’s the star of the show. Uh-oh.

First thing we notice after Faith joins the scooby-gans is that Xander is smitten! Of course he is. When is this dude going to dump Blah-Cordelia and get with Willow? That’s who he belongs with. Not Faith. Not Buffy. Not BC (Blah-Cordelia). Willow.

So right off the bat I can tell the dynamic is weird now that Faith is here.  It’s like she’s trying too hard. I don’t like it. Why is she acting like a hard-ass? Like a fake hard-ass? is it because she wears leather?

Blah. She calls Buffy – B. Blah to that as well. And she’s creeping on Buffy’s prospects for love. Oh hell no. And oh god, Buffy’s mom likes her too. This is dumb. She’s kind of a train wreck. And why is she always saying 5×5 – what is that? Seriously – do I have to look that up?

Oh – okay – we find out that poor Faith just had a traumatic experience where she witnessed her “Watcher” slaughtered by some vampire that reminds me of a Conquistador. He’s just a big scary guy with a broad chest and bad fashion sense. But now I understand. Faith needs to be loved.

So after a few ass kicking moments throughout the episode where Buffy and Faith team up to save the world again from Vampires, we eventually get to Faith’s “you don’t know me, you don’t know what I’ve been through” moment. We’ve been over this people. No talky? No recovery. But thanks to Giles and the scooby-gang being so open and accepting, Faith is asked to stay with them in Sunnydale. Indefinitely.

I hope this is not a mistake.

We know from previous episodes that Angel gave Buffy a Claddagh ring as a symbol of their love.

And since Season 2, Buffy has been holding onto this memento as a way to remember Angel – AND HOW SHE KILLED HIM IN COLD BLOOD! I mean, how she saved the world from a demon invasion.

Anyway – in this episode a new beau is in town, Scott, who apparently is smitten with Buffy. Scott tries a couple of times to engage Buffy, but is totally denied by the slayer. In one last desperate attempt, Scott asks Buffy out to a concert but while doing so hands her a “trinket” that he thinks means friendship….and you probably can guess what it is.

Listen kid. This is not a crackerjack ring you get out of box and share with your high school crush. No. Just no. Why the hell this love sick puppy thought it was a good idea in general to give her ANY ring is beyond me. But c’est la vie. Negative 2 points from Scott for being an idiot.

In the meantime, Buffy finally comes clean to Giles and Willow that Angel was cured from his curse before she killed him. Why this matters, I don’t know. Other than they know now that buffy is sad about it all. And she needed to get it out.

So buffy asks scott out, yay! So Scott gets another chance. But that night she returns the scene where she killed Angel? Why? Why do that do yourself? Did you need more closure? Awww, never mind, she puts the original claddagh ring down where she killed Angel. So sad. I guess this really means goodbye to our beloved Angel.

But at the end it’s like she feels something.

And then the ring glows!

And then the ring shakes!

Holy banana pants a naked man is falling from the sky!

And that’s how the episode ends. With naked Angel on the floor. Sweating. Glistening. Confused – looking for answers on why here is here, and what is going on. But that will have to wait.

Where’s my claddagh ring? Maybe if I do the same thing….

Until next time – keep on slaying Buffy fans!

3 thoughts on “Virgin Vampire: My First Experience With Buffy The Vampire Slayer (S3E3)” 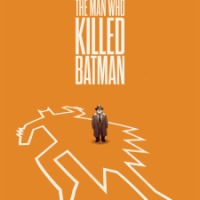