There’s a lot of TV out there, and not all of it is for geeks.  My wife is not a geek.  My wife loves the ABC series Scandal.

Yes, I am aware that that is almost word for word how I started last week’s article in this series.

Kerry Washington plays Olivia Pope, a problem solver.  She and her team of “gladiators in suits” take on PR nightmares and make everything more or less work out in the end.  She’s also carrying on an affair with the President of the United States, Thomas Fitzgerald “Fitz” Grant.  Oh, and her father runs a covert spy agency that seems to control everything.

Olivia’s team is completely loyal to her, and why not?  She “saved” most of them in the past from something.  Even the First Lady sometimes likes her.  She’s easily the smartest person on the show and can usually get out of trouble just by talking to the right people very quickly.

Seriously on that very quickly thing.  All the characters on this show are apparently required to speak quickly.

A while back, I wrote into the Gabbing Geek podcast saying that Scandal is basically the same show as the CW’s Arrow.  It may be best to just cut-and-paste my original thoughts here:

Both shows are single-word titles.
The lead  character on Arrow is named Oliver.  The lead on Scandal is named Olivia.
Oliver Queen will never be a queen of any country due to his gender.  Olivia Pope will never be a pope due to her gender.
Both protagonists are known for monochrome wardrobes, with Oliver in green and Olivia in white.
Both employ a team of operatives that are not as capable as the boss.
Both teams feature a former special ops soldier and a socially awkward computer expert that has trouble relating to people of the opposite sex.  The biggest difference here is on Scandal, this character is the same person.
Both Olivia and Oliver have parents that are up to shady business.
Both have ties to shadowy assassin groups, with Olivia’s father running one called B613 while Oliver Queen has had dealings with Amanda Waller and the Suicide Squad.
Both lead characters make poor decisions on who to sleep with, where Oliver gets busy with former girlfriends, sisters of former girlfriends, and the Huntress, while Olivia has a longstanding affair with a married American president.
Both live in worlds where what on the surface would seem to be the most ridiculous concept actually have that be the least ridiculous plot point on their respective shows, namely how a guy in a hood and a bow can fight crime in a modern city, and where a woman can have a longstanding affair with an American president.  Everything else is far, far crazier, like earthquake machines and Supreme Court nominees who are unaware they married a prostitute.

So that’s what I said before.  What I can say more quickly is that the show, basically, is a power fantasy.  Oliver Queen is a power fantasy of one guy with ridiculous skills taking down evil almost single-handedly like all superheroes.  Olivia Pope is a power fantasy of the woman all men love, all women wish they were, and is just as effective at stopping bad guys by simply talking to them!

Kerry Washington is actually great as Olivia.  In fact, most of the cast is pretty darn good.  Individual episodes that have a case-of-the-week feel do tend to work out rather well, and series creator/head writer Shonda Rhimes can pull out interesting plot twists.

This show is not for me on so many levels.  The fast-talking bothers me, the everyone-loves-Olivia bit reminds me of Sookie Stackhouse’s many paranormal love interests from True Blood without a character like that show’s Pam to make a sarcastic comment about it, and anything involving B613 probably belongs on a different show.

But really, the worst aspect for me is just what an awful president Fitz is.  How awful is he?  He started a war to get Olivia back from some kidnappers.  He sent American servicemen and women to kill and die in another country to get his mistress back.  Did he need Olivia to tell him off when she got back on how monumentally wrong that is?  No, but he shouldn’t have to be told off for how monumentally wrong that is if he were a better president!!!

Only Murders In The Building “Here’s Looking At You”

Simpsons Did It!: “One Angry Lisa” 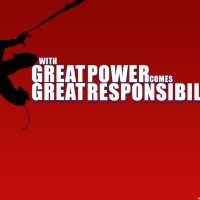 Only Murders In The Building “Here’s Looking At You”

Simpsons Did It!: “One Angry Lisa”