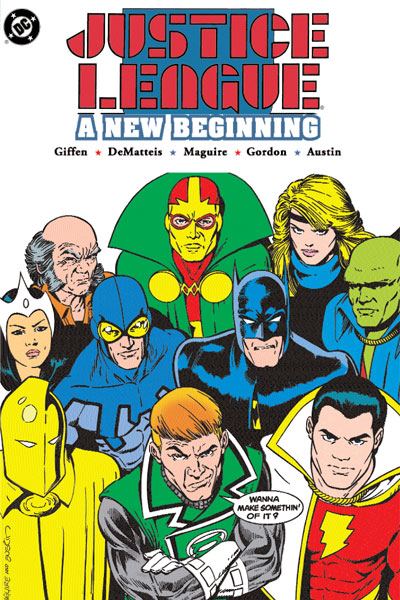 It is often said on the Gabbing Geek podcast (listen to it!) that I don’t read comics.  Well I did once.  So in talking to my buddy Phil Ray the other day, he asked me to write a post on my ten favorite Trade Paperbacks ever (“other than Watchmen, of course”). I would tell him writing for a website is not like being a DJ at da club because we don’t take requests, but he did introduce me to my ex-wife (thanks,jerk) so here we go…

Why? This book is so amazing.  Forget the Batman works (which were excellent), this is Frank Miller at his best.  After many battles with the Man Without Fear, the Kingpin finally learns the secret identity of Daredevil.  He then systematically take steps to progressively destroy Matt Murdock’s life: ruins his reputation, has him disbarred, has his electricity disconnected (Ryan points out this wasn’t effective revenge enacted against a blind man), and finally blows his townhouse to smithereens.  Out of the ashes, Daredevil is born again.  This is a pure crime thriller that would have made a great second film in a DD trilogy (Thanks, Affleck!) Let’s hope it gets adapted in the TV series on Netflix.

Why? If they ever make a Hawkman feature film, and it would be second only to Aquaman in awesomeness,  this is the arc to adapt.  Despite screwing up the “Hawkman was in early Post-crisis JL” stories, which I am sure tom Kelly has covered in articles here I lied and said I read, this is an amazing work of comics.  It takes place entirely on Thanagar, covering Katar Hol’s transformation from spoiled rich brat to the hero we all know and love.  This book reads more like a Vertigo story than one that sits in the DCU, proper.  Gritty plot and art make it a hidden gem in the long boxes.

Why?  Because it was the crossover that mattered the most and it was drawn by George Perez.  Again, Tom and Jimmy have both written about big crossovers and continuity, so I won’t expound except to say that this one really did it right.  (RED SKIES!!!) I mean, Characters..FAMOUS CHARACTERS…died.  And this isn’t X-Men level death.  They stayed dead for decades until DC screwed that up.  Why did you have to bring back Barry Allen, DC??? You ruined the greatest hero death ever (well…other than the Crimson Avenger…)

Why? I remember reading this when it came out and I thought, “I wish they could make a movie of this, but that will never happen because it is too big…”  Screw you, 1990s Watson! You are a stupid moron who didn’t know about the MCU.  You also should have learned to avoid carbs when you had a metabolism, but that is middle age Watson’s problem now.  This arc is so amazing Kevin Feige even agreed to let the MCU be part of the Spider-Man soloverse just to make this an even MORE epic film (lunch bet!).  What is rare about this mega-event is that it has a tight story that doesn’t require you to read a ton of mediocre crossover issues (where there even solo book tie-ins???) and ends with an epic battle that I pray we get in the TWO Avenger films likely to be  based on this GN.

Why? Because I love Hollywood, self-contained stories, and humor.  This short, autobiographical graphic novel tells of comic god Brian Michael Bendis’ efforts to get some of his early crime comics adapted into feature films.  It is an outsider’s look at how movies get made, with Bendis breaking the fourth wall to let the reader in on the fun.  It is simply hilarious.

Sandman: Seasons of the Mist

Why? Honestly, you have to read all of the original trades.  It is one big, grand story told over several volumes (the beginning of the first trade is slow, but power through because it gets amazing!).  However, the best of the bunch is Seasons of the Mist, so let that stand in  for the whole run.  I think this story should be made into a movie or a Broadway musical because you don’t get any bigger than the DEVIL HIMSELF getting bored being the Prince of Darkness and having an American Idol esque contest to see who gets the keys to Hell. This was every bit a grand arc, but at the same time it was a simple story of someone bored with their job and looking to do something different.  Kinda like when I went back to business school… It is everything that is right with Sandman and Vertigo.  Brilliant story.

Why? A little bit of a cheat here, but I will allow me to do it!  The Compendium contains EVERY issue of the long running series (it wasn’t that many issues, Jeff Smith just took a long time to write them all…).  Bone was a wonderful, all-ages fairy tale about three bone creature cousins lost far from their village and trying to build a life until they can make it back home (This run-on sentence was inspired by Quantum Leap). The story is ultimately light but can shift to scary moments often found in pure fantasy: Knights, Dragons, rat monsters, and over-sized Mountain Lions.  I’d love to introduce it to my kids, but Ryan borrowed it like five years ago and probably uses it today for home defense (this book is massive!) One final warning:  If you want to know more about this series, have Safe Search on before googling the word “Bone”. Even “Jeff Smith’s Bone” ain’t a good idea.  Trying “Comic Bone”just takes you to Ryan’s “Dick website” from the 90’s.  [Ryan- It was PHILLIP K. Dick and you know it!]

Whatever Happened to the Man of Tomorrow 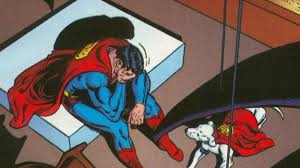 Why? This is quite simply the greatest Superman story ever written.  Let’s see who wrote that….ok, what a surprise….it was Alan Moore.  This is the Superman story DC commissioned Moore to write to end the Silver Age Superman series before the Post-Crisis reboot.  It has a Silver Age feel, but having been written by Moore it has nuance and complexity unseen in most Silver Age stories.  The story consists of Superman’s villains start becoming more violent and threatening (harkening to the post-Watchmen era that was dawning at the time), so he takes his loved ones and makes a final stand at the fortress of solitude.  Though this story was only two issues (do they still make story arcs less than 6-8 issues?), it took me a decade to find and read the second part (the back issues were rare and a collection didn’t come out for 10 years!)  Worth the wait!

Why? This one is the most unique entry on the list.  This is PURE indie goodness.  A collection of slice of life stories involving young people too hip to appear on Friends.  The main story focuses on the life and times of this eclectic group of friends living in NYC, but there is also an ongoing backstory which is a roman a clef retelling of how bad Jack Kirby got screwed by the comic book industry.  What made the series fun was that the book would cover whatever creator Alex Robinson wanted to discuss.  Sometimes it was discussions of the end of the Beatles other times it was one page interviews with his characters like the one pictured above.  There’s something for everyone here, because unlike movies, you don’t need sound and color in comics.  I don’t remember there being monkeys on horses with machine guns, which a plus whatever the medium…

Why? Because comics can have humor; even superhero comics.  The Giffen era Justice League, especially Volume 1, really stood out in the late 80s because that was when the aforementioned Mr.Moore and Miller had introduced the gritty/realistic style that young Mr. Liefeld, McFarlane, et al. would later turn into Image.  JL was a great book, with great art, and a sense of wonder that brought me back every month.  The success lasted only a couple of years, and efforts to recapture it in later years didn’t really connect with me.  But every time I see the words Bwah-ha-ha typed out, I think fondly of my favorite era of comics, and that era was dominated by Justice League.

Doctor Who “A Land Of Fear”