Back in Episode 21 of Gabbing Geek, the Geeks played a game of “Sequel, Reboot, or LET IT DIE!” In that now legendary segment (my mom liked it), we offered our not so humble opinions on how to manage some prominent Geek film properties.  A movie like Goonies, for instance, could be rebooted for a new generation, continued with the original kids now parents to a next generation of Goonies, or Let the franchise die (which is somewhat incompatible with their motto…) Some franchises were destined to be continued, yet along the way the wheels fell off the bus.  Let’s make up for Hollywood’s sins and green light a few films in the PURE SEQUEL category.

Success of the Original:  The McConaissance began here.  This was the first film that made me think, “this guy was a better actor than I thought.”  Critics liked (73% RT) but it barely made its money back grossing $75M globally against a $40M production budget.

Why No Sequel?: Well if the middling box office numbers weren’t enough, the McConaissance happened and took everyone’s favorite stoner  off to bigger and better things.

Why It Would Work?  Lincoln Lawyer is one of many books by Michael Connelly chronicling the adventures of shady lawyer Mickey Haller, so a franchise is already custom made.  It isn’t like we’d have to shoehorn a series into a stand alone property.  Any doubt in your mind that a quality McConaughey sequel wouldn’t perform better now at the box office?  Need a sweetener?  The character Detective Lankford, a smaller part in Lincoln Lawyer, plays bigger roles in the future novels.  Know who played that part?  Some guy named Bryan Cranston.  He done anything big since 2011?

Success of the Original:   The original made $64M against an $11M budget.  $53M in gross profits in 1992 would be like….um….the value of a unicorn in today’s moneys.  Marissa Tomei also (allegedly) won an Oscar for her brilliant portrayal of Vinny’s gearhead girlfriend.

Why No Sequel?: When I told Ryan I was writing this article, he insisted I include My Cousin Vinny.  I typically don’t like comedy sequels, but this one would work.  I’m honestly not sure why it didn’t get the sequel treatment.  I don’t even see any speculation that it was even considered.  This charming courtroom flick would totally be a franchise today.

Why It Would Work? Here’s the plot.  Vinny, inspired by the success of his defense of the Karate Kid in the first film, becomes a successful ambulance chaser back in Brooklyn.  He builds a successful business in the personal injury world but is pulled back into the world of criminal defense when (fill in a love one) is accused of (fill in the crime).  The film no longer needs to trade on his inexperience, but rather how success has changed him in the last 20+ years. 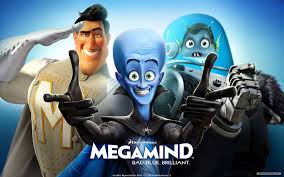 Success of the Original:The Will Ferrell/Brad Pitt super powered standoff made money.  On a $150M budget, it earned $321M worldwide (about half of that in North America).  Critics liked it (but didn’t love it) with a 73% Rotten Tomatoes score.

Why No Sequel?: $321M is a soft number when you risked $150M.  Ultimately, the international numbers killed a whole string of self-referential animated films at Dreamworks.  Jeff Katezenberg, the smartest animation mogel since Walt Disney (source:  Jeff Katzenberg) publicly stated that since parody type films do not translate well internationally, you can’t count on big revenue streams overseas.

Why It Would Work? Because international cinema audiences are much more sophisticated today than they were in the days of antiquity (2010).  A cheeky look at superheroes didn’t stop Guardians of the Galaxy from doing killer business.  They could take Megamind and put him in an action adventure comedy as a new superhero and you have a great movie.  Look, maybe I liked the first one more than most people (better than rival “supervillain becomes hero” cashcow, Despicable Me), but this felt like a missed opportunity!

Success of the Original: It was HUGE!  One of the biggest movies of the year.  The blend of live action and animation was so perfectly crafted that you forgot Bob Hoskins was really talking to himself.  A lot of people give the Pixar films credit for big features aimed at kids but with jokes for the adults as well.  I think it all started with Roger Rabbit.

Why No Sequel?:  I even don’t think director Robert Zemekis knows why this didn’t happen.  It seemed a given.  Disney discussed sequels, prequels, spinoffs, remakes.  None of that happened.  The best we got were a few short cartoons and a 90’s hiphop dance.  As a result  it feels like Roger Rabbit, who should have been a modern icon, kinda faded away.  Much like the 90s.

Why It Would Work? Because it would have worked any time in the last 25 years.  Seriously?  Why the hell wasn’t this made?  All the options discussed over the years are still on the table.  A Roger Rabbit origin story (how he got discovered), a WW2 era film where Roger joins the war effort, a true sequel (recasting the late Bob Hoskins of course), or a film set later but without the Eddie character.  Heck, they could go a different direction and set it in modern day exploring the evolution from traditional animation to CGI characters (imagine Roger’s interaction with Woody and Buzz!)

Why No Sequel?: The original budget was $80M; which would inevitably tick up for the sequel.  Dreamworks seriously considered a sequel with Katzenberg saying “It was close. An almost.”

Why It Would Work? Jeffrey made a mistake.  They should have made this.  It was a great cast, great characters, and unlimited adventures.  It’s probably too late, but man I’d like to see a return to the suburbs! Essentially, my answer comes down to me throwing a tantrum saying I want this made just for me.  I’m at peace with that.

Success of the Original: This Auh-nold flick, which rests somewhere between a spy thriller and spy parody, got a nice (but lower than I would have guessed) 72% RT score.   It was a bigger hit at the box office, earning $142M domestically and a total of $378M.  In 1994 that was a smash hit; finishing domestically only behind Lion King and Forrest Gump. I am not really a James Cameron fan, but this film?  I love it.

Why No Sequel?: I suspect this franchise might have been revisited has Arnold not went into politics.

Why It Would Work? It would work if Cameron directs.  Only a guy like Cameron has the stroke to let Arnold be funny without having him fall too far into campy.  For the sequel, put Arnold into the old man role played by Charleton Heston in the original, training some new whipper snappers in the way of spycraft.  I’m sure we can get Tom Arnold back for cheap and if Grant Heslov (the other agent on the team) can take a break from winning Best Picture Oscars (he’s George Clooney’s production partner and won for Argo), we’ll have him back too.

Success of the Original: It beat out Pulp Fiction, Shawshank, Quiz Show, and Four Weddings and a Funeral in the most competitive Best Picture race in history.  It also made all the moneys.

Why No Sequel?: There has long been a sequel on the shelves in bookstores.  Word is that a sequel was in the works in the early part of the new century, but 9/11 soured Zemekis and Hanks on the idea of following Forrest’s later life in parallel to real world events.

Why It Would Work? 9/11 was a national tragedy, and I can see why it would have altered plans at the time, but a decade and a half later, I think there is enough distance from the events to make it more comfortable to watch Forrest control the universe.  After all, the first film covered downers like the JFK assassination, Vietnam, Drug abuse, life as a paraplegic, AIDS, and the birth of the running craze.  What?  Oh.  I really hate running…

1 thought on “True Sequels We Need to See!”