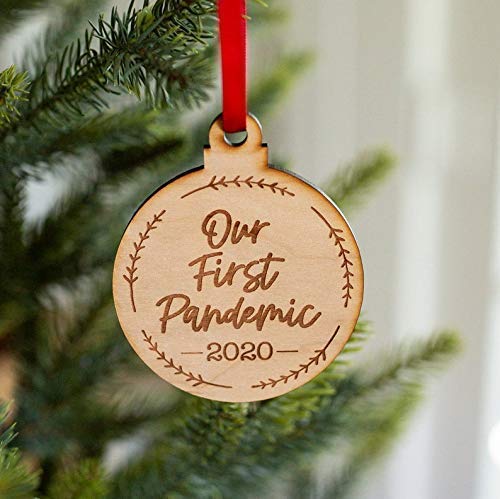 Well…  This year was the longest decade of our lives, wasn’t it?  When Covid-19 transformed to a global pandemic in March, the movie slate was turned upside down.  It was so disruptive, Gabbing Geek’s Jenny made a bet that no movie would be released on its originally scheduled date. She was looking good until Tom Hanks, who heralded in a global reaction with his positive test, turned out News of the World on Christmas Day!

So, what did I do in a year where movies were hard to find?  Did I watch fewer than ever?  No way!

I sifted through the sand and found as much gold as I could; so much so that I shattered my all-time record of 150 new movies in a year.   

In fact, Gabbing Geek’s Ryan recommended I beat it by 19 to reflect the only number that mattered this year.

A nice, small budget science fiction, post-apocalyptic action comedy; set in a world where alien monsters have forced humanity underground.  After years of being afraid of his own shadow, Joel sets out across dangerous ground to reunite with his childhood love, Aimee.  The film feels much bigger than its budget.

An amazing documentary set in my own town of Austin, Texas, Boys State covers an annual student civics program for high school students.  The attendees divide themselves into two non-partisan parties, build a platform, and then run for offices.  The director finds some fascinating kids to tell the story of what people will do in the quest for power.

8. THE SOUND OF METAL

This film falls into my Dallas Buyers Club category, where it is more about performances than plot, but still very compelling. This movie should do well come Oscar season. Riz Ahmed deserves a Best Actor nod as does Paul Raci for supporting. Ahmed stars as a heavy metal drummer who must come to grips with losing his hearing.  It’s better than it sounds…

This was the only movie in my top ten that I saw in the theater.  Not usually a Guy Ritchie fan, but this one was a much more straightforward caper than his earlier works.  Matthew McConaughey plays an aging drug kingpin in England, who is fending off a brutal young rival and a scheming tabloid journalist.  Great performances from MM, Charlie Hutnam, Jeremy Strong, Hugh Grant, and Colin Farrell.

An A-movie we didn’t know about popping up on Hulu???  What a nice little treat during a pandemic!  The shock of the year tells the story of a man dealing with being stuck in a Groundhog Day time loop, only to get a visitor in the madness.  I will say no more, because the more blind you go in, the better.  Check this hilarious movie out!

Chadwick is a lock for Best Actor, but I think he would have won even if he hadn’t tragically died. This was a great performance, and it will not be a sympathy award. Boseman leaves the world too early, but drops the mic with a tour de force performance as an arrogant young musician trying to steal spotlight from the aging diva.  Raw and powerful in every scene.

Just an amazing film. Classic Sorkin. The cast takes his beautiful words and bring it home.  I think you could fill the full acting Oscar slate from this movie about the prosecution of the organizers of the anti-war protests at the 1968 Democratic National Convention.  Special callouts to Sacha Baron Cohen (who had a hell of a year with this and Borat), Jeremey Strong, Mark Rylance, and Yahya Abdul Mateen II.

The rest of the Geeks correctly note that Nolan was a first rate dick and totally tone deaf in his “way too far” defense of the theater distributors during a pandemic. But that aside, this movie was fucking awesome. It is very complex, and I get why it might not be for B-level intellects, but I dug it. I say this because I am also a first rate dick.

Wow. Just wow! I put Soul up there with TS3 and Inside Out. Maybe above them! Its animation was the best Pixar has ever done. It had a ton of… soul. Pun intended but there’s no better way to capture it. Jamie Fox’s performance was on par with Ellen’s Dory as the all time Pixar champ.  I was captivated every second of this film.

WATSON’S FILM OF THE YEAR!

One of the many gifts Disney+ gave us was pulling up the 2021 theatrical release of a live taping of the greatest musical ever …and this one came along just at the right time as nerves were fraying with the shutdown. I have seen this amazing piece of Americana three times in the theater, but never got to see the legendary original cast.  Now I can watch it on my phone on a mountain in Nepal.  What an amazing all time piece of art that is accessible to the masses forever.   Saying that the original stage production is one of the ten best works of artistic creation in history isn’t hyperbole. The best movie of the year is a time capsule for what we could do as a people.

But even more fun than the top 10?  The stinky bottom ten.  You see a lot of movies…you see a lot of stinkers.  In the past, I have sought out bad movies like Transformers or Mortdecai to fill in the bottom of the list.  I saw fewer stinkers this year because of COVID-19  Life was hard enough as it was…

So let’s take a look at the stinky turds inhabiting the Watson Bottom Ten!

Ben Falcone continues to ruin his wife Melissa McCarthy’s career with his witless direction.  This might be his best collaboration with her, but that is not saying much.  The only saving graces of this turd are Bobby Cannavale and James Cordon.

9. THE WAR WITH GRANDPA

This movie’s plot was already stale in 2003.  I get DeNiro taking the paycheck, but it was sad to see Uma Thurman in the role she had.  She deserves better than this paint by the numbers mundane offering.

Sandler movies are my very guilty pleasure.  I am ashamed to say I would watch them even if I didn’t already watch everything.  But there is Premium Sandler (Uncut Gems), Decent Sandler Comedy (Murder Mystery), and Terrible Sandler (Sandy Wexler).  This is Sandy Wexler territory, which is sad because the premise had promise…

My least favorite genre can only be described as “Ryan Movies” and this fits the bill, starring the patron saint of Ryan films: Vin Diesel.  One of the most horrific aspects of the quarantine was that I got desperate and bought this movie the day it became available on PVOD.  Now it is in my permanent library as a mark of shame.  Of course, Vin did contribute to the culture this year with this utter gem!

This movie was almost indecipherable.  I didn’t see the original, but there was NOTHING compelling about this 99 cent rental…

What a train wreck!?! The plot was a convoluted mess. I respect the central story idea of the wishing rock and Lord’s drive for power and respect, but complex and ambitious plot lines are generally home runs or strike outs. Avengers: Endgame had a complicated time heist that could have totally gone off the rails. Nope. Steroid era home run! This one? Swing and a miss, lost control of the bat and it hit the Boy Scout in the third row in the head.

One of the bold entrants into the “save the theaters” movement or a stinker the studios decided to flush as a favor to Cinemark and AMC?  Well….it is my #4 film so you tell me.  An interesting premise that was executed with such stupidity that it will insult your intelligence…

Tom Hardy is objectively a great actor, so to make such a bad movie with him takes work.  He plays an aging Al Capone after he is released from prison due to illness.  Sounds cool, right?  Well he is suffering from advanced syphilis and that isn’t pretty.  Yet, they are very faithful in their potrayal of his decline…all the way down to the regular bouts of diarrhea…

Another Ryan type movie.  I swear if Mark Wahlberg and Vin Diesel did an action car chase movie together, the world would be sucked into a black hole and all life would end.  Yet they would still continue making bad Mark Wahlberg movies.  They put a hell of a cast around him (Duke, Arkin, and Maron), but Marky Mark still makes the film so unwatchable.

Ugh.  This was brutal.  This movie got shuffled around a couple of times because of the Disney/Fox acquisition, but clearly there were problems with the project itself.  When Disney offered this up as a Disney+ release in April, they were trying to trick us into thinking this was another Frozen 2 or Onward early release.  It was, instead, the modern equivalent of a January burnoff.  There was only one moment I laughed or smiled and it was unintentional comedy from Dame Judy Dench.  This is the kind of dump that cheapens the premium streaming name.  Avoid this one like the plague.

In last year’s article, I wrote “The growth of quality streaming films, generally smarter and more adult in nature, seems to be the answer to the growing tide of dumb franchise movies that no one asked for.  More and more, I could see the kind of movies that once lit up the big screen, the mid-budget film, coming to Netflix.  I will be happy to watch them there!”  Little did I know the world would catch on fire and that trend would be accelerated five years.  Death to theaters! I changed my game room into a home theater in anticipation of this trend.

We should have a great slate in 2021, even if the vaccine takes a while.  I cannot wait!  Happy New Year!

NOT A WASTE OF TIME

IF YOU HAVE SPARE TIME

GETTING A LITTLE TEDIOUS

I’M GETTING A HEADACHE

THE BOTTOM AND DESERVING