Well, here we are at the end of the original cast’s movies.  The film doesn’t even try to hide it.  There’s some on-the-nose dialogue at the end, maybe most notably Sulu saying how nice it was to go into action with Captain Kirk one last time.  And then the Enterprise, with only most of the original cast members left onboard, fly off and, in a move that would be used again in Avengers Endgame, the cast signed their names to the back of the movie.

Now, this one isn’t the best movie the original cast made (that’s still Wrath of Khan), but as a last hurrah goes, it does a hell of job.

I have often said the best sci-fi often reflects real world events, and quite frankly, even though Trek as a whole hasn’t always gone that route, the underlying idea of the Klingons and the Federation basically doing their own version of the Cold War comes to an end around the same time the real world Cold War was ending.

But what would that mean for an old Cold Warrior like Kirk, a man who saw his son David killed by Klingons?  This was a man used to hating Klingons, and now he was forced to break bread with them.

And, to put the icing on the proverbial cake, it was all Spock’s idea.

The franchise brought back director Nicholas Meyer for this one, his return to the directing chair after Khan, possibly because Shatner only agreed to come back if Nimoy wasn’t directing.  The end result is fine.  Meyer knows the characters and can create some exciting moments while still taking time to remember this is Star Trek and it should be more about the ideas than the action.  And what better way to end a series like this than to get to the heart of things?  Star Trek was always about exploration, only this time, the exploration wasn’t of space but of an unexpected political dimension.

Plus, the movie pretty much ignores Final Frontier,as it probably should.

Then again, it got David Warner back, this time as the reconciliation-minded Klingon Chancellor Gorkon.  He comes across as the most reasonable Klingon ever, even recognizing after a disastrous dinner on the Enterprise that Kirk doesn’t trust or like him, but that’s OK.  They have time to work on that…you know, until he’s mysteriously killed by assassins in a frame-up to make Kirk look guilty, and then McCoy gets dragged in when he, meaning well, goes over to the Klingon vessel to try and save Gorkon’s life but can’t due to a lack of knowledge and supplies.

There are also a number of guest stars involved, most notably Kim Cattrall as the ultimately treacherous Vulcan Lt. Valeris.  She’s not a bad Vulcan, and considering there was a time the character was meant to be Saavik, that would have been a hell of a blow that we’re better off the movie not including.  Then again, there was apparently a dropped plot point from Star Trek IV where Saavik would have stayed on Vulcan due to a pregnancy.  What made her pregnant?  Well, it was the only way Saavik could relieve young Spock in Star Trek III of the pain of pon farr was for him to…you know what, it is better that never happened.

Even better, though, is Christopher Plummer as the classiest Klingon villain the franchise ever produced.  His General Chang sounds cultured, and then he spouts Shakespeare while trying to blow up the Enterprise in a cloaked Klingon warship.  He’s not the usual bombastic Klingon warrior.  He does his killin’ while reciting poetry.

And then there are a few other familiar faces, some behind make-up, like Iman as a shapeshifting prisoner, Kurtwood Smith at the Federation President, Brock Peters reprising his role as Admiral Cartwright, Rene Auberjonois as an assassin (but only in the director’s cut), Michael Dorn as a Klingon attorney, and even Christian Slater doing a quick favor for his mom, the casting director.

But really, this one is about the original cast, and everyone gets something to do.  Kirk can grumble and learn from his mistakes, because even if he doesn’t trust Klingons or ever will, he also wouldn’t go so far as to try and start a war to prevent the peace.  He’d just assume do nothing.  Spock shows his utter competence and ends the movie by saying someone should go to hell, always acting as the perfect scientist, ambassador, and first officer.  McCoy shows his usual gumption and even a good deal of regret at his trial for his failure to save Gorkon’s life.  Scotty gets to play doubter as he knows he isn’t missing a torpedo and even gets to take down the assassin in the end, odd since James Doohan was arguably in the worst physical shape of the entire cast.  Chekov does a good deal of comic relief and comes in very handy during the investigation.  Uhura has to quickly learn Klingon (and I love how the Enterprise apparently is stocked with paper books acting as Klingon-to-English dictionaries) and even makes the observation that takes out the cloaked Klingon ship.  Even Sulu, now a captain on the Excellsior, gets involved in the plot in a meaningful way, acting as an ally to his old shipmates even when he’s clearly moved beyond where he used to be at some point between movies.

Janice Rand in on Sulu’s ship too, as is a character played by Star Trek Voyager castmember Tim Russ, that would itself become part of a Voyager episode.

But really, this is the way Star Trek should go out.  The story was exciting yet thoughtful.  Kirk and most of the crew are never going to trust Klingons entirely, but it’s OK to have strong feelings without acting on them.  That’s the real difference between Kirk and the likes of Cartwright, Chang, and Valeris, where ironically they work together to prevent their governments from working together.  Kirk may not like the way things are going, but he also isn’t afraid of a change in the status quo.  That may be what exploration is all about anyway.  And though Kirk (with Scotty and Chekov) would hit the big screen one last time, this was the time for the original crew to step down.  Star Trek the Next Generation had already been running for a few years–heck, Dorn is supposed to be playing Worf’s grandfather here–and while the Enterprise itself will soon have a new crew to boldly go where no one has gone before, it’s about continuing a tradition, not keeping an increasingly older crew running around the galaxy.

Overall, these six movies are more good than bad.  When it was bad, we got questions about why God needs a starship.  When it was good, we saw our heroes match wits with a genius who’s biggest weakness was, as smart as he was, he lacked Kirk’s experience.  I won’t rate these–they’d be all over the place–but it is time to move on to the next stage of the Star Trek rewatch with, well, Star Trek the Next Generation.

But I won’t be going alone this time.  Jimmy Impossible has been asking to do a Next Gen rewatch for a while.  So, here we are.  I don’t know if we’ll be able to keep my usual weekend schedule, but hey, there are other Trek shows I can fill in the blanks for if that happens. 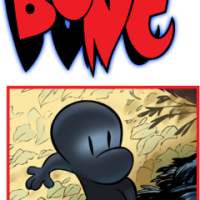