I’ve said in the past few reviews of Nick Spencer’s Amazing Spider-Man run that the story was going somewhere bigger as seen through various subplots.

One of those “somewheres” comes to a head in the fourth volume, subtitled Hunted.

As seen through various past trades, Taskmaster and Black Ant have been capturing various supervillains and taking them away.  Kraven the Hunter seemed to be somewhat involved, and he had something going on with amusement park owner/assassin Arcade.  Now the truth comes out:  Kraven had the two mercenaries bring in every animal-themed supervillain they could find.  Likewise, Kraven was bringing in wealthy pleasure hunters, training them in his way of the hunt in a manner that seems…really unlikely for Kraven.  Even Kraven’s clone son (another Kraven) seems to think so.

And into all that, once Spider-Man is brought in and changed into his black costume, the whole lot of the superhumans are tossed into Central Park under an unbreakable forcefield for VR controlled robots to hunt down on behalf of Kraven’s new wealthy pupils.  And the only reason Spidey is out there at all is because both Black Cat and the Lizard’s son Billy are missing as well.  Who will survive this deadly hunt?

So, no one should be surprised that whatever casualties the series gives us are not exactly the big name bad guys, and there are a lot of bad guys in here.  Spider-Man didn’t have exclusive rights to animal-themed bad guys considering Daredevil foe the Owl is there as well as what looks like an unidentified Toad from X-Men books.  Kraven’s whole plan, once revealed, does suggest a very Kraven-ish plan.  It isn’t what it appears to be at first glance.  Likewise, Spencer wrote a few side chapters, included in the trade, digging a little deeper into a few characters involved in the mess in the form of Black Cat, the Lizard, the Vulture, the Gibbon, and Vermin.

That said, there was one thing that threw me off.  Peter Parker starts the story with a bad cold.  But that plot point is pretty much forgotten later.  Did Kraven give him some jungle herbs to cure him?  Unless there’s a line saying so that I missed, that’s mostly implied.

So, is this the definitive Kraven story?  Well, I’ve never read “Kraven’s Last Hunt,” so I don’t know.  I don’t think so.  But some more plot lines are moved forward a bit, and Kraven did what he set out to do, sort of.  I liked this, like most of Spencer’s work, but I didn’t quite love it.  That said, the side chapters digging into supporting characters from the story were pretty well done. 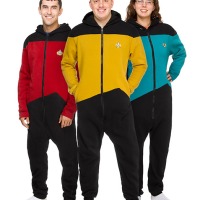