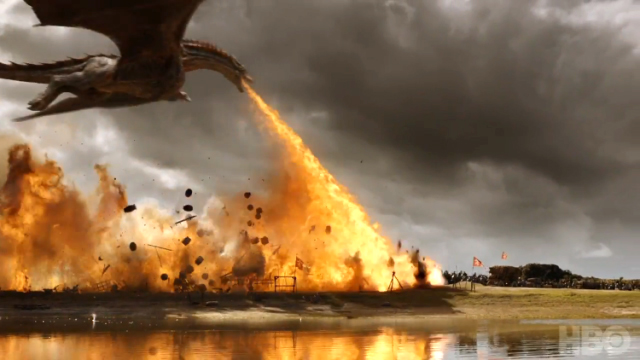 When you play the Gabbing Geek Game of Thrones Death Draft, you either win…or you complain about Septa Unella for the next two years!

We at Gabbing Geek were worried that soon to be released spoilers, a bevy of cast photos, and the dreaded NSA/Wikileaks/Instagram Industrial Military Complex would reveal too much, so we conducted our way-too-early draft of which of our favorite characters will die in the final season of one of our favorite TV shows ever.

In Season 7, we had four players drafting (Watson, Jenny, Ryan, and Tom), but this time we added the full gang of Geeks who watch the show; adding to the S7 crew Jonathan, Halbrook, and Jimmy! We are now seven players, fighting for glory in the Eyes of the Seven.

Sadly,some drafted so poorly, they will need help from the Old Gods and the New!

Who will climb the stairs to the Iron Throne? Who will eat the Ser Pounce’s butt?

Before we get into the draft, a few rules…

Let’s get to the picks.

Best Pick: You can’t go wrong with the Night King.  Anything but a a super nihilist ending, where the White Walkers win, pretty much ends with his death.  There is also virtually ZERO chance his death would happen in any episode but the final one.  High risk of death, but needs to stick around until the end?  In an escalating scoring system, that’s the gold standard…

Worst Pick: I didn’t like Jenny or Halbrook’s picks in the first round, but I will go with Bran Stark as the round’s big stinker.  He’s a fine pick, but I think Greg could have drafted him much later and picked a better player here.

Hot Take: Ryan’s choice of Cersei, who is clearly a first rounder,  could lose value quickly as the top pick if the battle between the humans needs to take place before the big battle of against the dead.  That means Cersei could scuttle off mid-season.  How the season plays out could impact how good of a pick this was…

Best Pick: Halbrook bounces back from a stinker with a great pick; picking sad sack, Jorah Mormont.  He is a dead man walking now that Daenerys has picked yet ANOTHER beau over Captain Friendzone.  He will likely die to protect her and she will RSVP to his funeral with Jon Snow as her +1.

Worst Pick: Jonathan had the best pick in round one, but shit the bedroll in this round.  I love a bold pick with Tyrion… and calling your shot on how the season plays out…but NO ONE was going to draft Tyrion this early.  Don’t use the early rounds to take your flyers.  That is fantasy drafting 101…

Hot Take: There was a lot of angst from Jenny in this round.  Not only did Ryan troll her with his selection of Jenny fave, Brienne of Tarth, but Jonathan’s pick of Tyrion also nearly ended the Newman marriage.  You see, Jonathan had been telling Jenny for years that the Targaryan Three Headed Dragon Prophecy included Tyrion (common fan theory) and Jenny now believes it was a years long con to win a Death Draft that didn’t exist at the time.  Jonathan is hardcore and something of a Three Eyed Raven, if true…

Best Pick: Halbrook makes his last good pick of the draft, selecting Jon’s direwolf Ghost as his 3rd rounder.  Direwolves have a high mortality rate in Game of Thrones, and you have to think the poor beast bites it late in the game.

Worst Pick: I think it is either my pick of Davos or Jimmy’s pick of Bronn; not because they are bad picks but because they both have the greatest chance of not dying.  If either do get killed, it will be late but everyone else has a better chance of biting the big one. Because I am writing this article, let’s say Jimmy’s pick is the worst…

Hot Take: If Jon Snow dies, it will be late, so Tom’s flyer, which might have been a round too soon, is a big risk/reward pick. Sometimes you gotta swing for the fences, but if Tom scores this point, people are bitching the Monday after the finale…

Best Pick: I love Ryan’s selection of Qyburn (“He’s not even a Maester!”) in the last pick of the round.  That dude needs a brutal death; maybe mirroring his assassination of Pycelle in Season 6.  The risk here is Ryan is going heavy in the downfall of Team Cersei!  Diversify!  This is the geek equivalent of having a QB and WR from the same team…

Worst Pick:  Oh, Halbrook… Salladhor Saan, Davos’ pirate buddy, is a last round pick.  With Edd, Gendry, and Qyburn (easy points to be had) on the table, Saan is a HUGE stretch.  He may not even return to the series.  This might be the worst pick of the draft.  (Tom says “Hold my ale!”)

Hot Take: Jonathan’s pick of Daenerys continues to sow the seeds of marital discord in House Newman.  I can’t knock the pick because George RR Martin’s ending COULD be a big F.U. to fans, but man is Jonathan really betting big on the world burning and his theory coming true.  It is like Dallas homer Philip Ray over-valuing the Cowboy players by two rounds because “this is our year!”

Best Pick: I really like my pick of Podrick Payne in the 5th.  A real value pick.  I did a great job.  Poderick has done very little in the series, but is still very well liked.  Giving him a sad death could really signal that no one is safe, so I see him finally shuttling off.  I am handsome, too!

Worst Pick: Oh, Tom.  Why would you pick Jaqen when he will likely NEVER appear again…  Silly, fun picks are for round seven.  This pick is worse than Saan because the crafty pirate could still appear. This is the Ser Pounce of Season 8…

Hot Take: Man do I want to see Robin Arryn bite it.  He is such an annoying little twit that it would be a Joffrey level satisfaction.  Hopefully he goes by getting tossed out of his precious Moon Door and being told it is HIS time to fly. I can only assume he would wipe his snotty nose on his sleeve right before getting the heave ho!

Best Pick: This is a round that is most likely to produce no points.  I could easily see everyone here living.  Maybe the best chance of death is Iron Banker Tycho Nestoris, because of his proximity to Cersei, so let’s give the round to Tom.  Perhaps as everything goes South for the evil queen, Tycho becomes the first person to learn that the new Lannisters do NOT always pay their debts.

Worst Pick: No bad picks here, but I would say that the risk/reward factor is lowest for Ryan’s pick of Lyanna Mormont.  Ryan is not bothered by this, as 72.9% of the reason he drafted Lyanna at the this point was to troll Jenny.

Hot Take: The selection of Sansa was my big flyer for the draft, and it could pay off if she reacts poorly to Dany and tries to push for Northern independence under Stark rule.  HER Stark rule, obviously. I doubt Maester Luwin taught her much High Valaryan as a kid, but she could be learning the meaning of the word “Dracarys!”

Best Pick: Oh, yeah! It is definitely my pick of Harry Strickland.  Who is Harry Strickland?  That’s exactly what the Geeks said when I picked him!  But when I explained who he was, I got a round of begrudging respect.  Strickland has never appeared in the series, but has been introduced in the books; appearing as the leader of the Golden Company. If you recall, Cersei sent Euron Greyjoy to the Free Cities to hire the group of elite Mercenaries to be her army.  Marc Rissmann was cast late last year as Strickland; and we KNOW that guy is doomed.  Handsome and brilliant?  I know…it is a lot…

Worst Pick: No real bad picks in Round 7, but Jenny might have trouble converting points for Ser Ilyn; as the actor , Wilko Johnson, who portrayed the royal executioner, has not returned to the series because of his battle with liver cancer.  It seems he is hanging in there (thank the Lord of Light!), but his health issues could keep him from returning.  I couldn’t see the producers recasting him after leaving his character offscreen for a couple of seasons.

Hot Take: Tom’s selection of Yohn Royce is a solid one, but part of me thinks that after Robyn dies, Yohn is left alive to rule the Vale.  And Jonathan’s pick?  That is… just…fucking….heartless…

Ok, that’s the draft, so how does every’s teams stack up?

Using a top-secret system of Risk/Reward/Duration, I have teams ranked in the following order:

Teams at the Top:  Of course I am going to put my team at the top. Have you not been paying attention?  I LOVE me some ME!  I really do think Jenny’s team was actually leading through 6 rounds, but I think my sneaky pick of a new character in the seventh will be the difference! I would say the first four teams are all fairly even.

Teams at he Bottom: Halbrook’s team was so bad, I am surprised he didn’t draft Walter Jr from Breaking Bad in the 4th round.  Tom has a few nice selections, but I just don’t believe his picks will drive later season points.  Jonathan?  He does have the Night King points, an almost certain big number, but that and maybe Tormound, could be his only points; and I don’t think that will be enough to WIN.  That said, if his theory of the show (one that was kept from his loving bride) plays out, he will thump everyone…