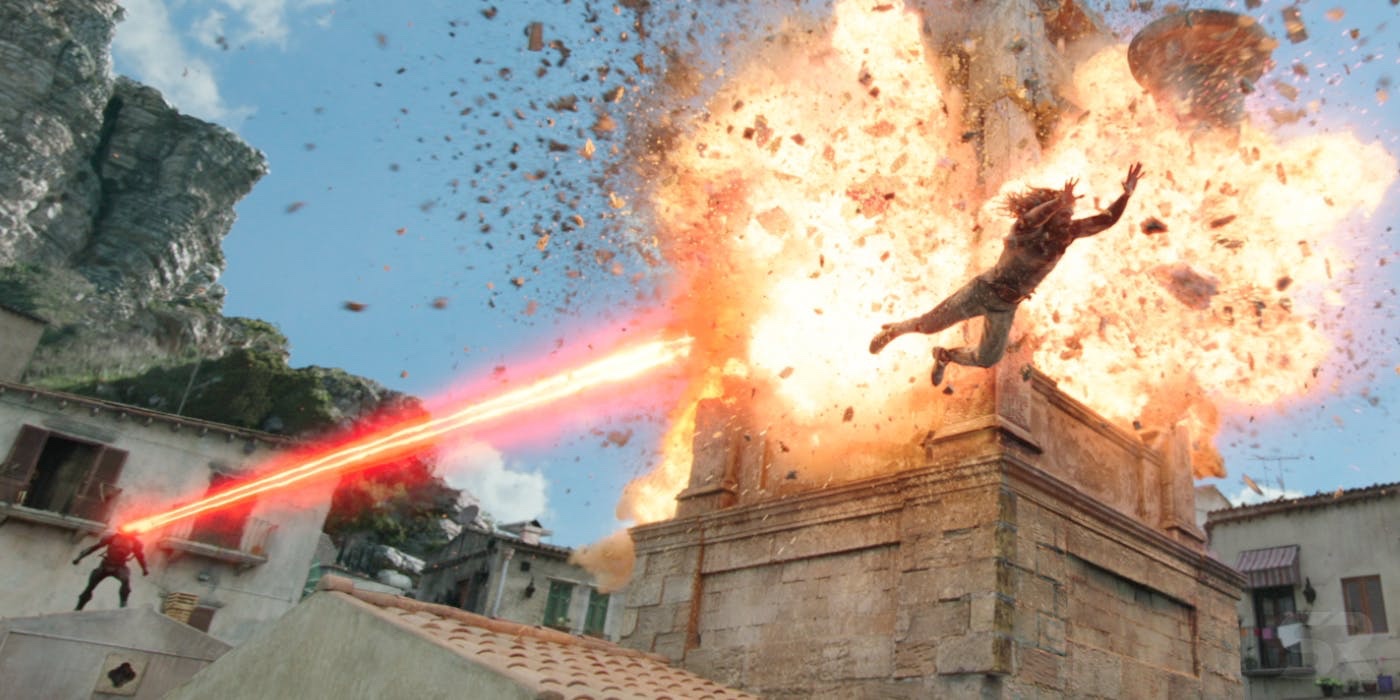 – As paraphrased from Pedro Serrano

I love Aquaman. Love him! He’s the classic DC underdog and I am a DC guy in the age of Marvel movies.

I love the character so much, that my favorite gift I have ever received is a beautiful painting of a giant ocean wave with dozens of little comic book Aquamen cutouts riding the crest into the sunset.

It literally hangs on the wall in my bedroom, so I NEED this movie to at least be decent!!!

Come on, DC? Show us you can hit the curveball! Give us Aquaman fans a fun movie!

Arthur Curry is the son of a human lighthouse operator and an Atlantean princess who meet when he nurses her back to health. Separated from his mother, and raised by his father, Arthur grows up to become the superhero known as Aquaman.

When his half brother rallies the seven Ocean kingdoms to unite against the surface dwellers, Aquaman must seek out the Holy Grail battle the newly crowned Ocean Master and his human accomplice, Black Manta, to protect both of his homelands.

I liked this movie and I’m happy with the Aquaman that they gave us. It wasn’t Citizen Kane but it certainly wasn’t Catwoman or Steel.

Yes this is the standard I was worried about exceeding given the state of the DCEU!

Ultimately, DC needed a hit and this gets us a single… or maybe even legs out a double according to my buddy Ryan!

It turns out Aquaman CAN hit a curveball.