Licensed books are a funny thing.  Such comics based on movies often have to work around established plots, an act that can greatly limit what actually happens in such a book.

Somehow back in the late 70s, Marvel got the rights to, of all things, 2001: A Space Odyssey.  At that point, it was all of a single movie that was somewhere in the neighborhood of a decade old.  And it was a pretty damn weird movie at that.  Now, I suppose the comic series could also have worked off Arthur C. Clarke’s novel series, but the one thing we really need to remember is the series did give Marvel a new hero in the form of Machine Man.

What was Machine Man’s deal?  Well, to put it bluntly, writer and artist on the 2001 series Jack Kirby ran out plot after adapting the original movie and he still had to do something since the series was an ongoing.  What could the man known as the King do?  Well, he made up a robot invented by one Dr. Abel Stack, the Z2P45-9-X-51, or X-51 for short.  Sometimes going by the name of Aaron Stack, the robot gained sentience from the Monolith that did weird stuff all over the 2001 movie and comic series.  Because the Monolith could do whatever the plot required from the sounds of things.

These sorts of things happen when comic book writers have to start making up their own thing after they run out of original plot stuff.

Machine Man, as he was known, then went on to his own solo series, with Kirby handling the first nine issues, and which featured the robot running from the military while doing superhero things using his superior strength, telescoping limbs, and an anti-gravity device that allowed him to fly.  He would become something of an Avenger and even find a mate in the form of the female android Avenger Jocasta.  He even served as primary narrator/protagonist for the alternate future world of the Earth X series.

And then Warren Ellis came along and made Machine Man something of a belligerent drunk.

Ellis was working on a Marvel series called Nextwave, a sort of out-of-continuity series where a group of largely forgotten (and in at least one case probably made up) heroes, and given this is Ellis, he gave them his own spin.  In the case of Machine Man, he was a character tired of trying to get the approval of the human race and opted instead to take up the worst habits of that self-same human race.  That meant heavy drinking and in general being an asshole.

And, somehow, despite the fact it was meant to be an out-of-continuity series, this characterization of Machine Man stuck when he next reappeared as a supporting character in a Ms. Marvel series as well as a few of the various Marvel Zombies mini-series that came along when characters in and out of universe realized that you couldn’t really turn a robot with weapons attachments into a zombie.

That’s basically where Machine Man is now, acting as a supporting character who occasionally shows up to act like a mean drunk.  He sure has come along way since Jack Kirby whipped up a guy with a set of roller treads in his arms. 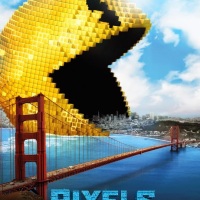