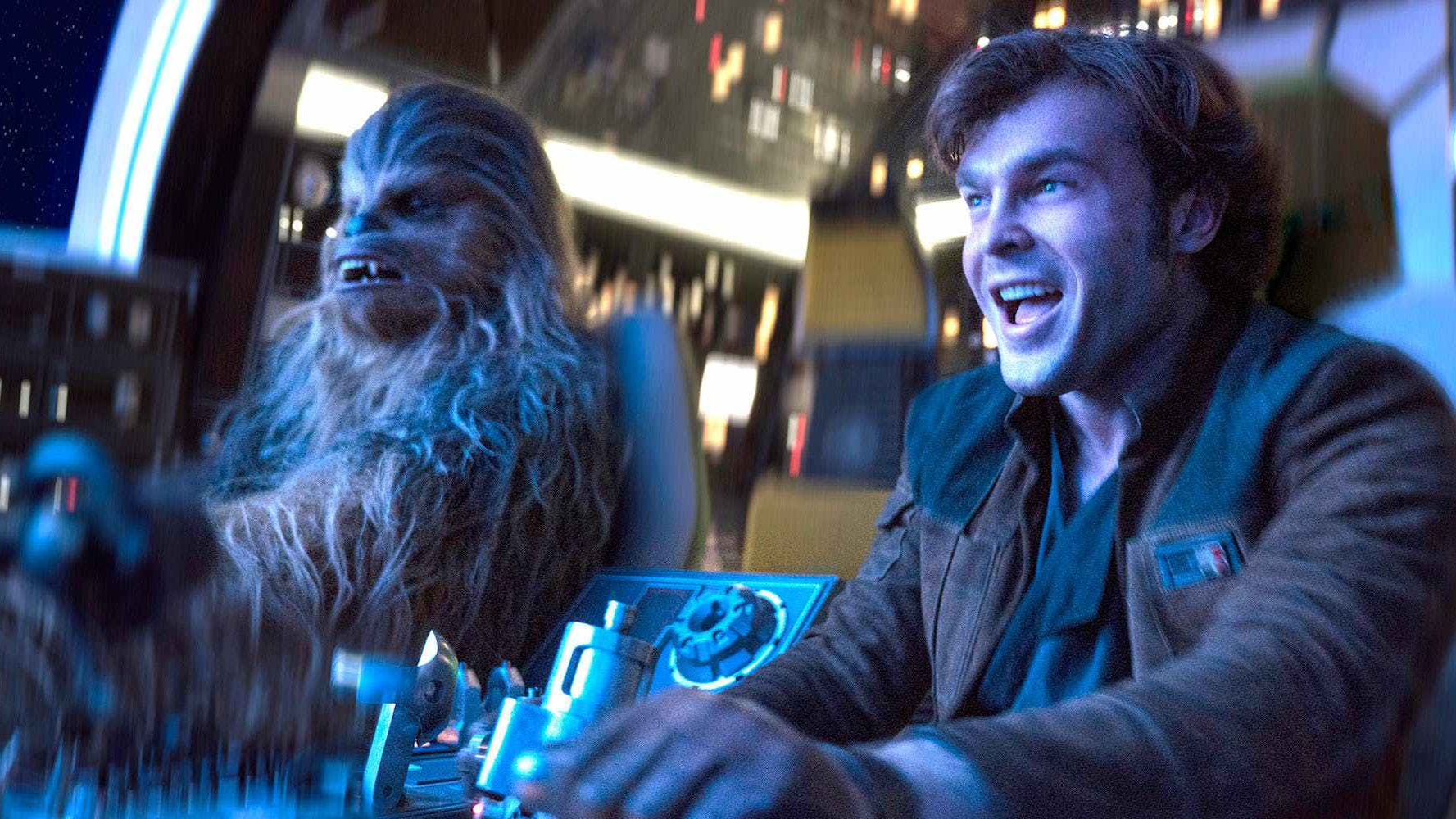 I’ll be the first to admit, that when Disney announced they were doing a Han Solo movie – I cringed. Actually, I did more than that – I actively complained to my friends.

“No one wants this!” I exclaimed. “Did you ask, for this? Because I sure as hell didn’t.” I continued to berate my very tired friends. “Who thought this was a good idea!?” —- this continued for months.

And now that the day is here, and I was able to see the movie for what it is – I think I have to eat my hat. Because this movie is action packed, fun, and brought to life some of the best parts why I love Star Wars. Read more to find out why I flipped 180 degrees from my initial thoughts …

At the core, this movie an origin story. Everything you’ve ever wondered about when it comes to Han Solo will be introduced and played out visually and sometimes in stunning form.

Looking for when Han meets Chewy? You got it. Always wondered where those gold dice came from that he slings to the Millennium Falcon? Check! Have a hankering to be a fly on the wall when Lando Calrissian looses the Falcon to Han? Yep – you’ll see that too. But that’s to be expected. This is a Han Solo movie, after all.

But it’s not only that – There is an underlying story that is being told here too – about love – loss – trust – and what it means to think for yourself. If anything, this movie is packed with action from the moment it starts to the moment it ends. And in my opinion, it’s a fun ride and should be given a chance, even if your skeptical.

So, let’s break it down just a little bit more to identify the movie’s strengths and weaknesses.

No matter if you’re a die hard Star Wars fan like myself, or just a casual on-looker;  Solo: A Star Wars Story was a fun, action packed movie that deserves a viewing. There are more positives in this film then there are negatives, and honestly – what else are you doing right now? The Millennium Falcon is calling you – there’s a kessel run to accomplish!

Overall, I give SOLO: A STAR WARS STORY 8 “hanging golden dice” out of 10.