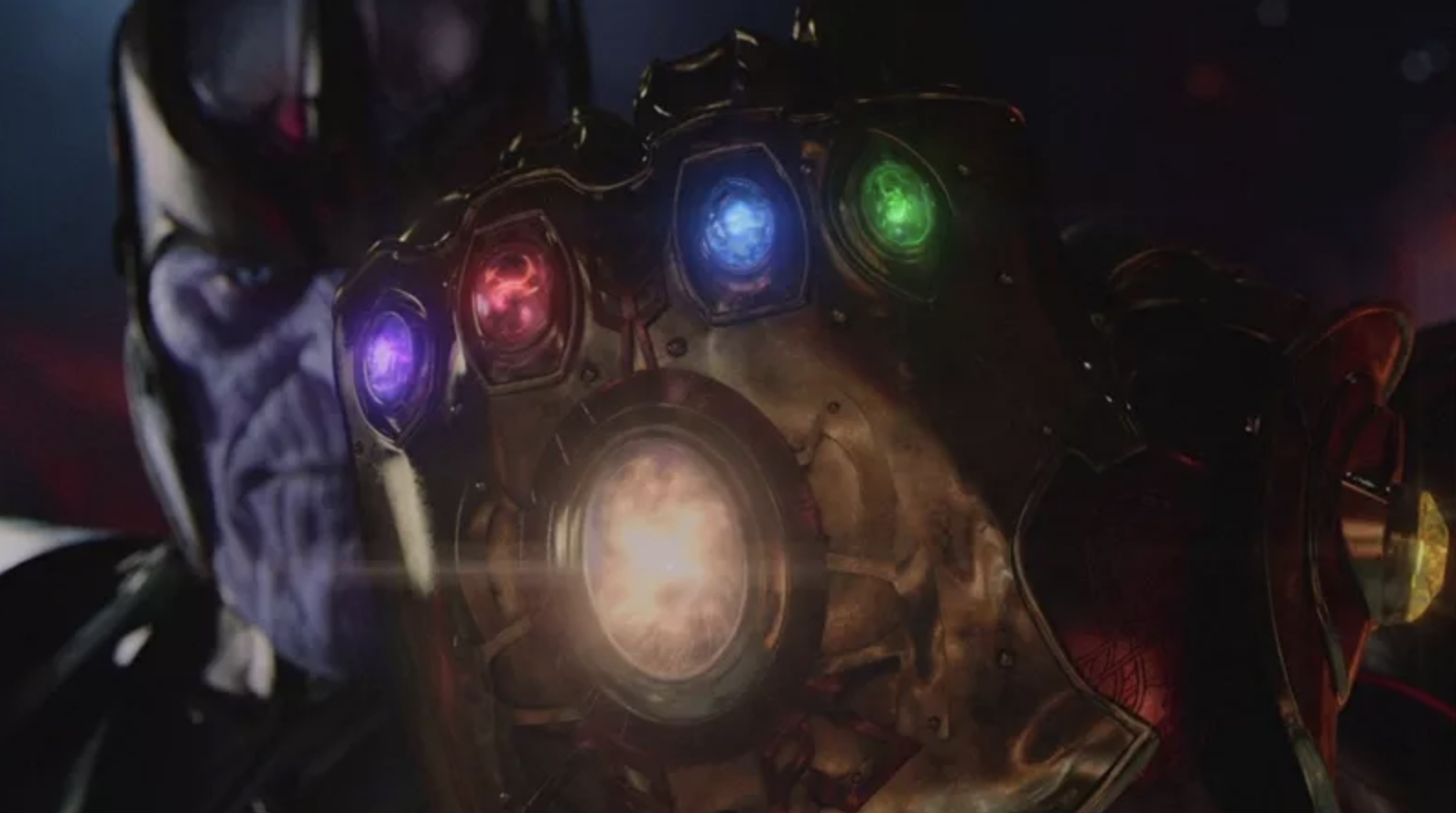 [WARNING: This post contains spoilers for Avengers Infinity War.  According to the latest box office numbers, everyone in the country has seen it at least twice on average, but just in case you fell asleep the first two times and are going back for a third showing, maybe come back and read this after.  Oh and get a soda with caffeine.]

While Infinity War had a number of shocking and amazing moments, the story is ultimately a simple tale of a man trying to build a glove out of six gems.  True, the gems are fragments of infinite power and the man in question wants to use the glove to kill half the universe, but those are just details.  Obtaining the gems for his glove presents some problems.  One is being guarded by an entire planet of police, another is wedged into the forehead of a superhero, several are in undisclosed locations.  But one of those gems, the Soul Stone, is not only hidden but has decided to impose a quite dick-ish test for any who may want to wield its power.  So it’s time for us to talk about why the Soul Stone is such a dick.

Let’s recap how Thanos obtained all the Infinity Stones.

Power Stone – Visited Xandar and probably wiped out half the Nova Corps off-screen (because even one day for Glenn Close is expensive).

Space Stone – Activated his now-working Infinity Stone tracker to trace the stone to a single spaceship in the middle of space after fleeing Asgard.  Kicked everyone’s ass and got Loki to hand it to him.

Reality Stone – Again, the tracker leads him to its location and he easily takes it.  Then springs a trap for the people following him because Thanos loves playing games.  Or something.

Time Stone – Narrowly defeats Iron Man, Spider-Man, Doctor Strange, and the Guardians despite beating the shit out of the Hulk to make Strange turn over the Time Stone.

Mind Stone – Rips it out of Vision’s head.

We didn’t see Thanos get the Power Stone, but we did see all the others.  When he obtains the stone he usually just pops it into the Infinity Gauntlet like the old Apple mag-latch power adaptors (they shouldn’t have gotten rid of those!).

The only different stone was the Soul Stone.  Not only was it hidden on a secret planet, it then had a whole test to be uncovered.  And it came complete with a convenient narrator, the Red Skull, telling Thanos that he has to sacrifice the one thing he loves the most.

Imagine you went to the grocery store to get six things.  You’ve already picked up milk, eggs, cereal, bread, and delicious Austin Eastcider.  Now you head to the cookie aisle to get the last item (Oreos, of course) and instead of just taking it off the shelf, suddenly there’s a floating apparition that looks a lot like your awful third grade teacher and she tells you the only way to get your Oreas is if you format your smartphone.  So many questions.

I really struggled with why the Soul Stone would have a test when the other stones are just tools.  At first I thought maybe the Soul Stone was programmed–like someone else had it before and programmed in the test.  But that wouldn’t make sense because the stone is no longer wielded by the test-maker so why would the test still apply?  And the Red Skull, who has apparently been studying the Soul Stone for so long that he no longer needs to eat or walk with feet, is pretty clear that the stone itself has imposed this test.

Which means the Soul Stone is doing it on purpose–it’s being an intentional dick.  Kill the thing you love the most so you can have power over souls, including the one you love and just killed?  What kind of dick move is that?

Still trying to find a justification for the test, I went to the biggest dick I knew: Watson.  (Please note that is a reference to to his figurative dickness, the biggest literal dick I know belongs to Jonathan Newman.)

Watson’s explanation was that maybe every stone had a test but Thanos just passed them without it being mentioned.  That’s plausible, but equally confusing that none of those stones had their own narrators.  And why would “take this stone by force” be the best test for, oh, every other stone?!

Plus, why is killing someone even a test for the Soul Stone?  So Thanos kills Gamora and gets the Soul Stone–can’t he just immediately bring Gamora back to life by putting her soul back in her body?  Given that he passed the test he did, in his own way, love Gamora.  And then he gets the Soul Stone but doesn’t bring Gamora back, so I can only infer that the Soul Stone won’t let him do this.  Another dick move by the increasingly dick-ish Soul Stone.  “Oh, hi, you just passed my test so I’m going to give you power over EVERY SOUL IN THE UNIVERSE except one.  Wanna know which one?  Look down.  Ha ha.  I’m such a dick.”

I also considered whether the Soul Stone was the closest to living beings and so it developed a personality and if that implied that all living beings are ultimately dicks.  But the Mind Stone didn’t impose any kind of dick test.  And it mostly did good when it was applied to Vision, bring order to his conflicting mental constructs and making a being that even Mjolnir considered a pretty cool dude.  So that means it isn’t being alive that makes you a dick (ahem, Watson) it’s just the Soul Stone acting that way.

Maybe Avengers 4 will help address this issue, or Tony Stark will figure out a way to take advantage of the Soul Stone being a dick.  If anyone could manipulate a fellow dick, it’d be Tony after all.  Guess we’ll find out next May.