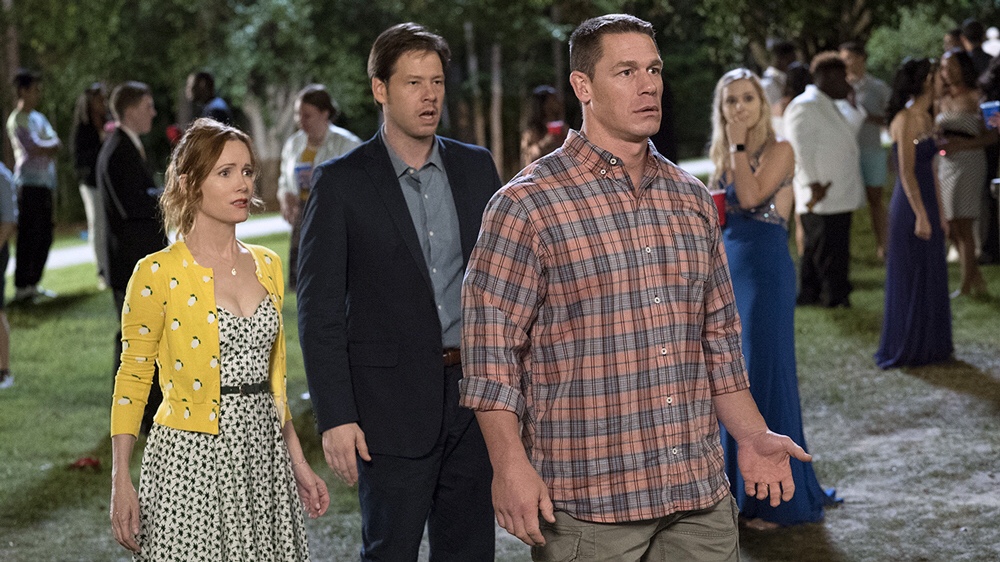 I have wanted to see the well-reviewed comedy Blockers, but due to travel and work, I am just now getting to check it out.  Thankfully, my wonderful movie companion whose last film choice for date night was Phantom Thread chose something equally intellectually stimulating this time around.

We have seen the lose your virginity at prom pact movies before.  There is a new one every generation, like American Pie or Porkies.  This time, it is three girls who have been friends since kindergarten who decide they are DTF and gonna lose it at the prom.

When their overbearing, helicopter parents find out about the pact, they band together to try to stop them from making their own decisions.  In other words, they want to become cock blockers…

Blockers is ultimately unmemorable, but I don’t regret seeing it.  It is decent for a fun night out and not much more. If you want some silly laughter, Blockers is your kind of movie.  If you are looking for urbane, sophistication in your cinema, go with a film like Phantom Thread.  You never know… some people might like both.