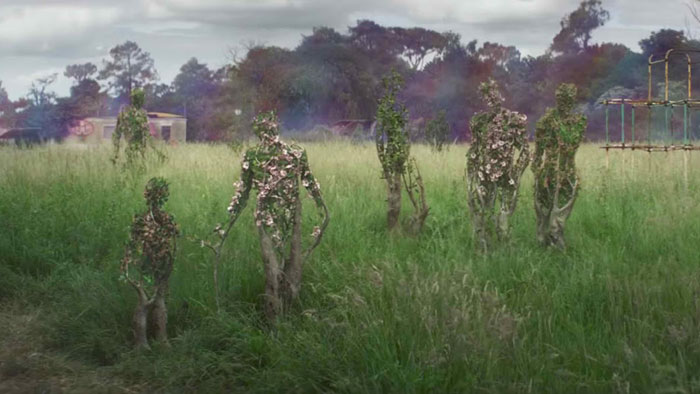 Natalie Portman returns to scifi with an intriguing action thriller about place with odd and alien attributes.  I am always intrigued with non-tentpole, original SciFi like The Arrival or Ex Machina; the latter of which was also written and directed by Annihilation director, Alex Garland.  Could this one hit the mark of those smart, insightful films?

Based on Jeff VanderMeer’s Southern Reach trilogy, Annihilation explores the a world where the military has surrounded a mysterious area called “The Shimmer”; a creepy place with unique metaphysical properties.

Natalie Portman (Black Swan because we don’t acknowledge the Prequels) plays Lena, a solider/scientist who joins a group on an exploratory mission into the Shimmer; after her husband shows up after missing for a year.

The world within the Shimmer doesn’t follow our same laws of physics, and the plant and animal life has adapted or mutated dramatically. Many things are similar, but the differences can be dramatic.

The team’s mission is to survive the hostile environment and reach a lighthouse where the Shimmer began to try to learn the secrets of the phenomenon.

Natalie Portman is a talented actress but she has a definite range. Portman shines only in serious and somber roles; ones where she can smolder and brood. Annihilation gives her the opportunity and she does a nice job carrying the film. Portman does so much with just a look or a pursed smirk.

Portman is backed by a strong supporting cast. Jennifer Jason Leigh (Single White Female), is effective as the driven Dr Ventress, Tuva Novotny (Eat, Pray, Love) puts in a nice performance as a woman looking for meaning in life, and Tessa Thompson (Thor: Ragnarok) plays a far different role that her last performance as Valkyrie as an introverted scientist. I was less impressed with the performance of Gina Rodriguez (Jane the Virgin). Her role was critical, but I felt she was outmatched as an actress relative to her peers. It really shows in a few critical scenes.

Oscar Isaac (Force Awakens and to a far lesser extent, The Last Jedi) has a smaller but important role as Lena’s husband and does a really amazing job. It reminds me how much I like him despite his Poe Dameron debacle.

The production design and effects were stunning, but it was cerebral plot that carries the day.

In Ex Machina, Garland explored what it meant to be human. Here, he masterfully explores what it means to be truly alien. This movie is not for everyone, but it is a thrilling , sophisticated sci-fi movie, and that will get me every time.