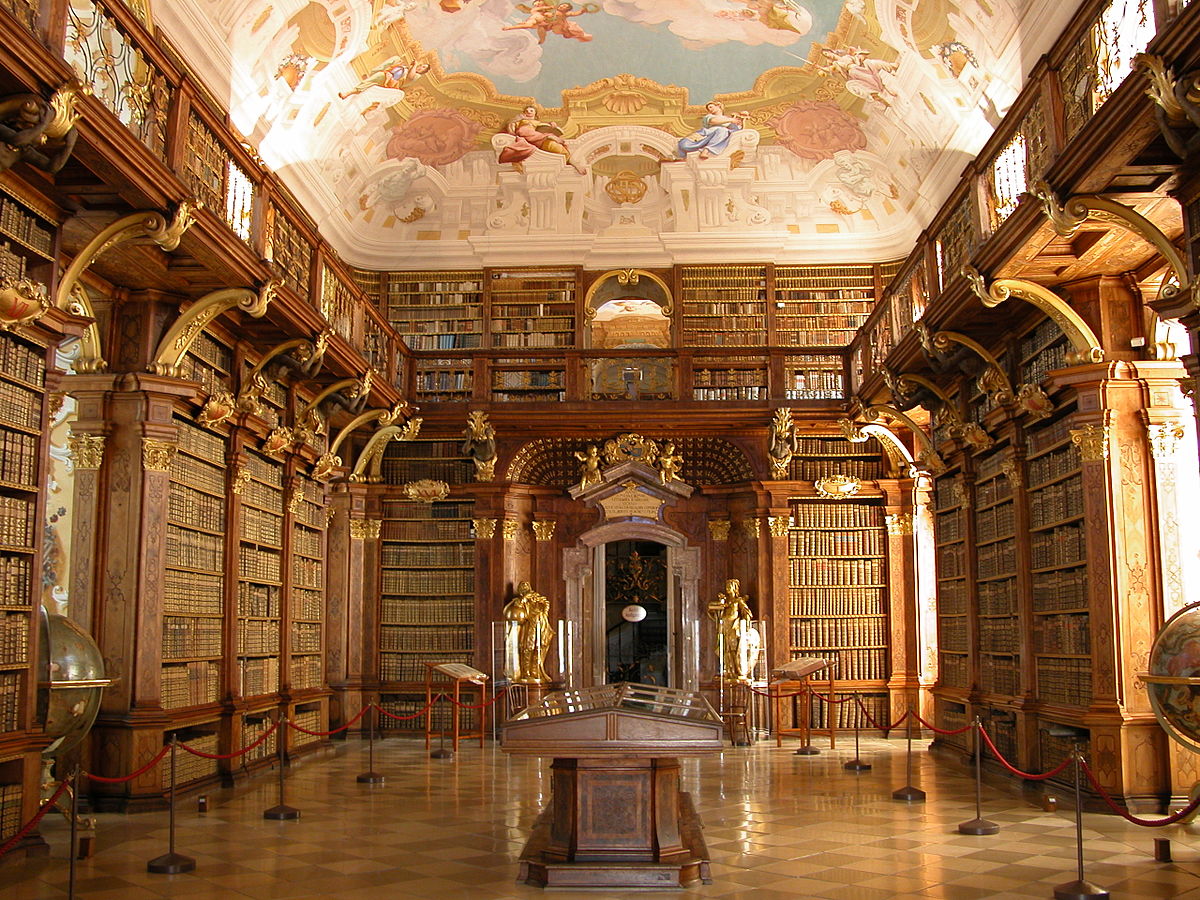 Known troll of Gabbing Geek, Phil, was texting me yesterday and was asking me about my favorite books in the science fiction, fantasy, and horror genre.  A few recommendations became a request for a top ten.  So here we are.  My top ten genre books of all-time!

Oh, man! I can’t tell you how excited I was to see a new Luke/Leia/Han story on the shelves as I popped into the Walden Books in 1991. You see, children… back then we didn’t always know what was coming out until it hit a shelf.

With nearly a decade passed after Jedi, Star Wars fans were excited. I can’t stress the vast wasteland the early 90s were for geeky stuff. Hell, MY kids were pissed when there were TWO years between Episode 7 and Episode 8. “I guess we’ll have to make do with Rogue One…”

While you are getting off my lawn, let me tell you about the Timothy Zahn trilogy. It was the story of the events five years after Jedi. There are some similarities between this universe and the new films: Leia is in command, her and Han’s kids are force sensitive, and Luke is trying to rebuild the Jedi order.

Like Force Awakens, a dormant strand of the Empire is also forming a resistance, but it is led by a total badass, Grand Admiral Thrawn. The trilogy kicked off dozens of books and video games in the Expanded Universe. Most of them were utter crap, but Zahn’s books were great.

I have to make sure to not let my love of the film to blur or impact my appreciation of Andy Weir’s book.  The Matt Damon classic is an all time favorite, but the book stands alone as a great piece of fiction.  Interestingly, though they follow the same basic story of an astronaut left on Mars after his fellow crew thinks he died in a sand storm, but the book is still fairly different from movie.

While Mark Watley is forced to live in isolation and survive with what little was left behind in both, the movie predictably tilts more towards the action and humor while the book explains (in an approachable manner) the science behind Watley’s methods.

Whether you read the book first and then watch the movie…or vice versa…there is something new and exciting.

I probably don’t need to tell you what this series of books is about.  You might have vaguely heard of it.  While the shows have surpassed the books in the narrative and the ownership of the conclusion, it still can’t capture the detail and richness of George RR Martin’s extensive prose.  This series suffers because we all KNOW it will never get finished, but what a ride it has been.

Just to be clear, though I liked the second and third installments well enough, this placement is strictly based on the greatness of the first volume.  Pierce Brown’s Red Rising tells the story of a tiered class system (each class has a color assigned) that emerges during the colonization of Mars.

A member of the lowest class “Red” society is surgically engineered to appear to be one of the highest class “Golds” and compete in an  elite competition to determine society’s leadership.

The contest, in an isolated stadium type environment, borrows from the Hunger Games but the plotting, characterization, and military strategy in Red Rising delivers a sophistication not present in The Hunger Games.  So good that Ryan has to stay 250 feet away from the author by order of the court.

6 Shadow of the Wind

I’ve read it.  It is one of my favorite books ever.  And I still cannot answer the question of whether the story is metaphysical or just deeply literary and mysterious.

Set in Franco era Spain, Shadow of the Wind tells the story of a secret library where each member is responsible for selecting one book and ensuring its memory is never lost from the world.

It is a story of resistance, intrigue, vengeance, and the power of books themselves. Great read.

This was one of those books that you start reading and don’t sleep again until it is done.  Told in the style of Studs Terkel’s oral history of WW2, World War Z employs a series of short stories to piece together a history of the rise of the zombie apocalypse and how humanity dealt with it.

Every chapter is a different narrator telling the story.  Scientists.  Generals.  The guy on the street.  Thinly veiled versions of world leaders and celebrities.  World War Z has it all.

The movie does not do the book justice, so stick with Max Brooks’ novel!  It’s a page turner.

4 Dark Beyond the Stars

This book is pure SciFi noir.  Dark Beyond the Stars is the story of a generation ship that is headed to explore the universe in search of extraterrestrial life… but something is amiss.  I can’t tell you much more because that’s what the book is all about.  The narrative explores a mystery that the main character, Sparrow, is trying to solve after an offship accident leaves him with memory loss.

I love the idea of the social norms that develop in a civilization so isolated and removed from Earth.  Couple that with a very interesting and compelling plot, and you have the making of a great book.

A short and sweet fairy tale by Paulo Coelho, The Alchemist teaches us that “when you want something, all the universe conspires in helping you to achieve it.”  A young shepherd in Spain chases a dream that he believes to be a prophecy.

As he chases his dreams, and is told to give up, he delivers one of the most poignant lines in literature, “Everyone seems to have a clear idea of how other people should live their lives, but none about his or her own.”

That’s a literary way of saying, “mind your own damn business!”

Man this book was amazing.  This is a perfect take on modern, urban horror/sci-fi.  Dark Matter by Blake Crouch delves into the implications of a scientist who discovers the ability to travel through the endless possibilities of the multi-verse.

The science and theories behind it are geeky but approachable.  It even passed the Watson’s Mother Test:  I recommended it to my mom who is not a fan of geeky stuff and she loved it.

The clincher for the book, and I won’t spoil it because it is relatively new and I recommend it highly, is ONE SINGLE SCENE.

When the main character starts chatting online, you’ll know what I am talking about…

I feel I need to apologize for this being my favorite sci-fi/fantasy book.  After I had read everything the man had written, and he is very prolific, Orson Scott Card got heavily involved in publicly opposing gay rights.

Despite my hatred for the author’s gross politics, I cannot take this book off my list.

Ender’s Game is the story of a futuristic school for children created to train the leaders of the army needed to defeat the return of an alien force.  It is horrible, inspiring, and compelling.  A great ending caps things off.

Card continues to explore the Enderverse with several books; most notably Speaker For the Dead, a book set hundreds of years after the war is over.

Speaker is very different, but also recommended.  You can skip the rest.  No sense in putting more money than you have to into the hands of a bigot.

This entry was brought to you by Chik-Fil-A…

The Stars My Destination

I didn’t really LOVE this book, but it was the first thing Ryan ever recommended to me so it is memorable in Gabbing Geek history.

After reading the first Thrawn book in high school, I was jonezing for new genre books.  I found Dragonlance, which is fairly classical fantasy, and spawned a hundred plus books.  Stick to the original trilogy and the immediate sequel trilogy about the Twins.  Skip the rest.

A Gabbing Geek favorite.  Ready Player One has an excellent high concept and uses pop culture references as well as any character. RP1 loses a few points because of weak writing style of Ernie Cline, the paper thin characterization, and because I still hate Cline a little for his dreadful follow up novel, Armada.

The only Pulitzer prize winner on my list, The Road, is a great story of father and son trying to survive in a post-apocalyptic world.

I was only putting novels on this list or Watchmen would be first and Sandman would be on the list somewhere, but let’s at least use the Honorable Mentions section to acknowledge how literary and captivating the comic books of Alan Moore and Neil Gaiman are!

I chose Red Rising over Hunger Games but still enjoyed the adventures of Katniss.  Like the Red series, HG loses steam with every subsequent volume but the first book is really strong.

The Rook tells the story of a member of secret society of magical and powered spies in London who is trying to solve her own attempted murder despite having complete amnesia.  Got that?  Really solid page turner that was followed by a sequel so weak I am not sure anyone in Gabbing Geek was able to finish it.

In high school, I would occasionally grab one of my mom’s Dean Koontz thrillers when she was done and this one was my favorite.  Lightning is a time travel thriller that preceded Terminator 2 but shared a lot of the same mood and concepts.  This one had a really interesting twist that I have never seen in a time travel story, and that made it memorable enough to make the list.

I’d say these young adult mystery/thrillers were what got me into reading.  They were creepy and easy to read.  Pike’s work actually had sex and violence, while Stine’s tilted toward a more youth friendly macabre.  Maybe that is why Stine went on to create the vastly more popular Goosebumps series.