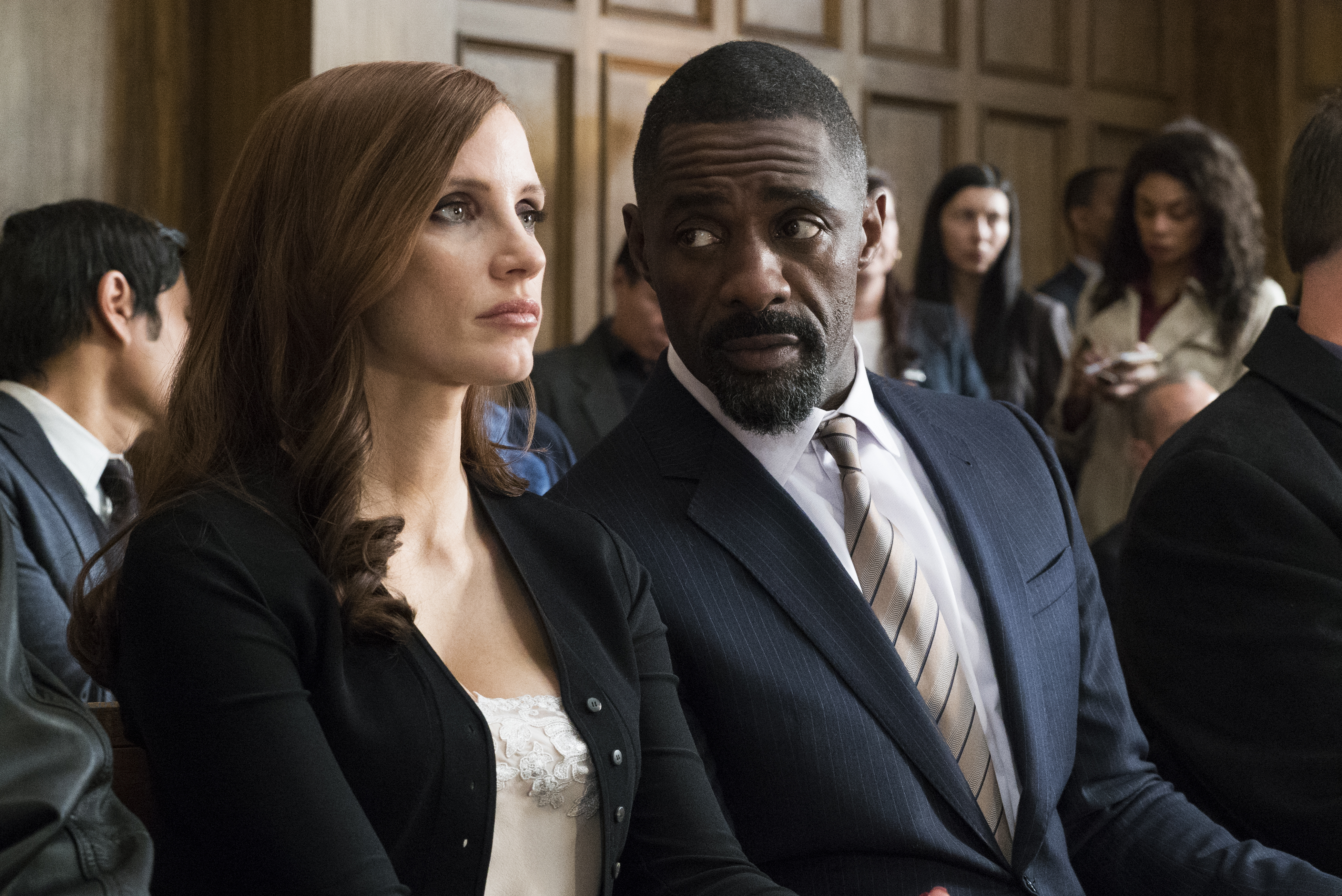 Aaron Sorkin is well-renowned as an Emmy Award winning (West Wing) and Oscar winning (The Social Network) write.  His walk and talk machine gun dialogue usually delivers excellence (we’ll forgive Studio 60 on the Sunset Strip).  The question is can he translate his experience as a writer and producer into directorial success?

In his first film, Molly’s Game, he is well on his way.  Clearly it helps when you are filming a script written by Aaron Sorkin.  Of course if it had stunk, he’d have had to blame Jessica Chastain (Zero Dark Thirty)…

Fortunately for viewers, there is no need for blame in any corner.  Molly’s Game tells the based on a true story tale of an Olympic level skier who is derailed by injury and starts high-stakes poker games in L.A. and NY.

The story is told in flashback while Molly prepares her defense for criminal charges with her attorney played by Idris Elba (Thor: Ragnarok).  The flashbacks are not always told in sequence, but the flow adds a little drama to the proceeding.

Chastain and Elba are excellent and have great chemistry.  I love that Elba was cast in this role.  He has such a great onscreen presence and putting him in a leading role always makes the film that much better.  Chastain, as usual, delivers a thoughtful and complicated performance.

Since the real life Molly Bloom even says IN the movie that she wants to control the movie, one has to think that some of the dialogue is fairly self-serving.  I think this problem would be much more pronounced if anyone other than Chastain were the lead.

Two supporting performances stand in in particular. Kevin Costner (No Way Out) plays Molly’s driven, psychologist father who pushes her so hard that their relationship strains.  In a key scene at the end, Costner reminds us of why we shelled out $8 for him in his solo films.

Michael Cera (Arrested Development), is also refreshing as a clear stand-in for Tobey Maguire; the shark in the LA poker community.  Cera shows more range than his usual looking for the bus acting style; so I might be grading him on the curve.

Molly’s Game is a pretty straightforward bio-pic, legal drama but delivers on all the right notes.