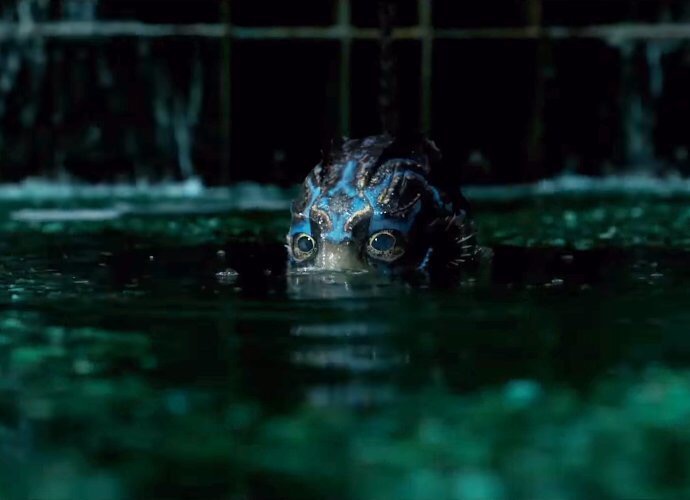 Guillermo del Toro’s new whimsical monster movie opened this weekend and I had a chance to see it on one of my “Watson doesn’t work on Friday in December” movies.  Shape is getting a lot of award buzz.  Did it live up to the hype?

Guillermo did indeed deliver!  The Shape of Water is a treat in that has the mood of a Wes Anderson film, the acting of a David O. Russell film, and a narrative straight out of classic Spielberg.  Shape is the story of a mute woman in the 1950’s, played to perfection by Sally Hawkins (Blue Jasmine), who encounters an amazing creature brought to the top secret military facility where she works as a cleaning lady.

Hawkins’ Elisa is surrounded by an eclectic cast of characters, each connected by their differences with conventional society.  Richard Jenkins (The Visitor) steals every scene as a struggling gay artist is trapped in repressive 50’s mores, character actor Michael Stuhlbarg shines as a scientist more committed to the work than politics, and Octavia Spencer nails it while taking a reward chance playing…Octavia Spencer.  I’ll say this.  Spencer may have only one character, but boy is that character amazing!

Michael Shannon (Man of Steel) is excellent as always playing the villain as a powerless Zod.  A look into his home life and his need to buy the right car really flesh out his villain; making him all the more interesting as he tries to do his duty.  Who hasn’t looked in the mirror at a time of impending failure and given oneself a pep talk?  What?  Just me and Michael Shannon?  I thought there were more!

While Hawkins’ interactions with her live action castmates drive much of the narrative, her connection with legendary motion capture performer Doug Jones (Rise of the Silver Surfer, Hellboy) creates the most compelling moments.  Jones is excellent in making the “monster” look both humanoid and wild in the same scenes, and the film is all the better for it.

The CGI is excellent and Jones takes advantage in every scene.  Like Andy Serkis in the Planet of the Apes filsm, Jones delivers true character development from a silent, CGI movie monster.  That is a testament to Jones’ physical performance and Hawkins’ equally silent responses.

I really enjoyed the film, but one minor flaw keeps it from perfection.  I felt del Toro rushed or short-handed the initial connection between Hawkins and the creature.

Since it is clear from the beginning that the theme of the film is about being a fish out of water (I am going to hell for that one), you understand why Hawkins feels a connection. Still, there is a pretty wide gap between sympathetic feeling and immediately falling into a deep, spiritual connection.

Given how well the film delivers everything else I can overlook it, but it did feel like two minutes were missing in the first act as a result.

One thought on “Watson Reviews The Shape of Water (Spoiler Free)”