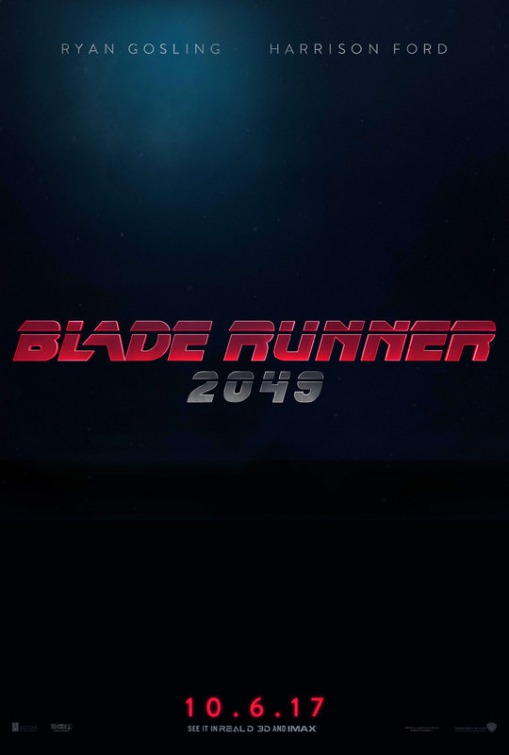 Sometimes general conversations in the Gabbing Geek editorial bullpen come together and form an smart and compelling article.  This is not one of those times, but here it is any way.  What started off as a comment about Blade Runner contending for the Oscars somehow turned into a a discussion of Harvey Weinstein, John Wayne, and conservatism in Hollywood …

Enjoy the madness that is Gabbing Geek!
watson [7:40 AM]
Blade Runner shot to the heavy contender for best picture this week.

ryan
[7:58 AM]
For you or you think Oscar?
Could it be the excuse to give Harrison Ford an Oscar win?

watson [8:13 AM]
It jumped to the top tier of a couple of watch lists. Definitely worthy if they go to 7+ nominees.
No on Ford. He played Harrison Ford. In the original he was actually a different character than his usual self.

tomk [8:24 AM]
Yeah, remember when Al Pacino got an Oscar for that tender, nuanced performance in Scent of a Woman? Oscars never go to someone for past work.

watson
[8:26 AM]
Scent of a Woman was a fun, showy performance. This is the same performance Ford gave in Cowboys and Aliens.

tomk [8:27 AM]
Scent of a Woman is, like, every four out of five Pacino roles in the long run.

watson
[8:27 AM]
If they wanted to give him an Oscar, he would have at least got nominated for 42. He was good in that.
But Scent of the Woman was the first really over the top performance. It just looks like all the same in hindsight.
Not that he was subtle before (except for the first Godfather).
He deserved Oscars for the first two godfather films by the way. Not sure Ford has ever deserved to win. He’s only been nominated once that I recall. Witness.
The Fugitive could have nabbed him a nomination in a weaker year.

tomk [8:31 AM]
I am blanking on the name. Corporate Cinderella story with Melanie Griffin and Sigourney Weaver?

ryan [8:31 AM]
Or Regarding Henry. I liked that.
Working Girl

watson
[8:32 AM]
Only the female cast (Griffin, Weaver, Cusack) got nods for WG.

watson
[8:32 AM]
I love Harrison Ford but he’s a total John Wayne. Plays one character mostly.

watson
[8:34 AM]
I am not sure he’s well liked. Is Ford as iconic as John Wayne? I’d vote No.
But on the flip side, Indy and Han Solo are more iconic than anything Wayne played.

tomk [8:34 AM]
Did people like John Wayne in Hollywood? Those were the days when you had big time actors speaking at the GOP convention as well.

watson [8:35 AM]
He was very conservative but that was, as you say, more common in Hollywood back in the day.
I’m not sure whether he was liked. He died when I was like 2. I’m guessing he was like their popular uncle who occasionally slips into inappropriate commentary at Thanksgiving.

tomk [8:37 AM]
John Ford used to verbally abuse the hell out of him on-set, often by pointing out which of Wayne’s castmates actually served in World War II.

watson
[8:38 AM]
John Ford…one of few directors iconic enough to call out as a wuss the man in Hollywood whose name is literally a synonym for “tough guy”…
Having SEVEN Oscars helps…

tomk [8:39 AM]
From what I’ve read, Ford and Wayne were mostly on the opposite side of the political spectrum until Ford found conservatism late in life. But Ford was also a miserable old jackass who harassed a lot of his actors.

So to wrap up a Saturday morning chat that will soon be posted on Gabbing Geek as a fun article (Editors Note:  Fun is a relative term). Will Ford ever win an Oscar competitively or wait about five more years for the lifetime achievement award?