Gabbing Geek recently started running my write-ups for The Handmaid’s Tale.  Now, I write stuff well in advance, so as of this typing, I have about two episodes to go before I finish season one.

It’s really good stuff, but then YouTube essayist Nerdwriter came up with some thoughts that would never have occurred to me.

Nerdwriter focuses on how the camera focuses, or doesn’t, on the series.  Now, I don’t know a whole hell of a lot about how cameras work, but it looks like Nerdwriter does, so he looks at how focus and perspective work and what it means for the characters of The Handmaid’s Tale.  He’s interpreting the show as a sort of call to arms in ways that most viewers might not see.  As always, anything I say isn’t as good as anything he says, so take a look and be aware as always the last minute or so is a long ad for one of his sponsors. 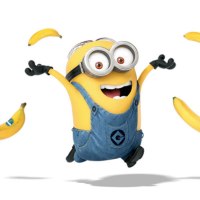