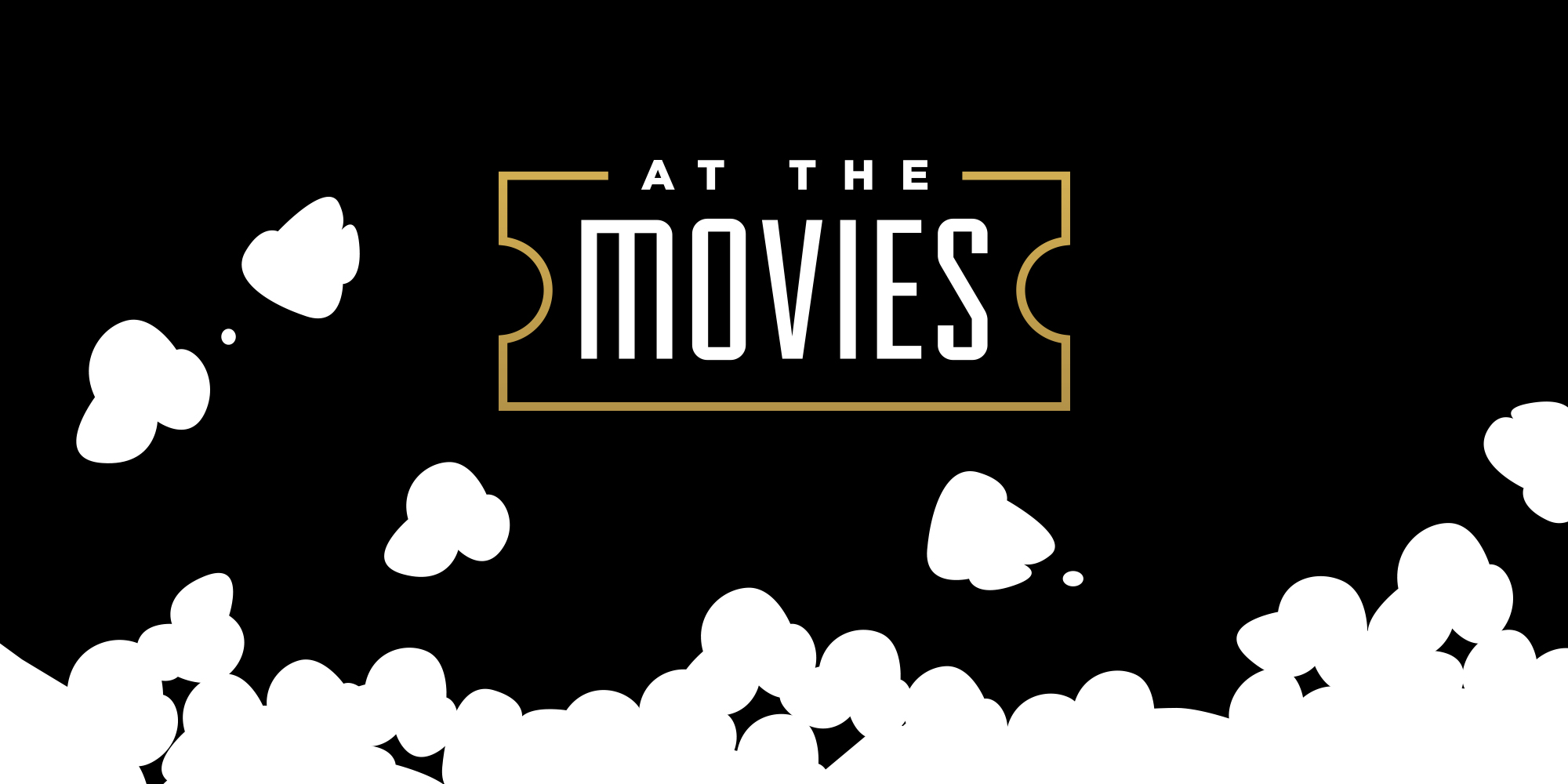 I wasn’t thrilled with this years slate of films.  A lot of the tentpole movies either bombed or were way too generic.  That said, always some good films out there.  I see them all, so you don’t have to.  Without further adieu, here is my Top 118 movies of 2016!

Everything it was supposed to be and more.  The promise of the “pirated” trailer came true in almost every scene.  Ryan Reynolds needed a hit to stay relevant.  This was his moment and he nailed it.  Deadpool floated around in the top two or three for the whole year, but I never wanted to put it number one.  Why not?  Sometimes an action comedy can be better than a musical or a drama.

A modern musical that actually embraces convention….despite being about that very distinction.  Stone and Gosling once again have amazing chemistry.  Smart, sad, and beautiful.  I am not really into filmed musicals (I prefer the stage), but this one nailed it.  After a few early “big musical” numbers that made me think it would be more of the same, the music really started to feel organic to the story.  Great movie.

Amazingly a tear jerker one second and a quirky comedy the next.  The transitions between the two were noticeable but not awkward.  Casey Affleck adds a third Oscar to the family’s collection!

Smart Sci-Fi is always a welcome addition to the Oscar race.  This one was heady, had twists, and some great acting and direction.

Like Inside Out last year, Kubo is a beautiful drama dressed up as a children’s movie.  Excellent animation and mood.

Great start to finish, but Jeff Bridges stole every second of the film.  Deserves a Best Picture nod.

What could have been a total tearjerker came out as more of an Indie dramedy…which I love.  The young boy playing opposite of Sam Neil was amazing.  The dialogue in this film was perfect.

A true Disney classic. I am not as star struck by Lin-Manuel Miranda as Ryan is, so I thought it was the Rock that made this movie great.

This year’s Mad Max. A movie I totally prejudged unfairly. An instant classic.

THE EXCEPTIONAL (Films that were considered Top 10)

One part Snowpiercer.  One part Dawn of the Dead.  What made it unique is that is had a sort of optimism to it despite the terror.  I actually wanted these characters to survive which is usually the downfall of most horror movies.

Half a mediocre movie, half a brilliant classic that was better than anything ever done with Star Wars.  Could have been great but missed that mark and has to settle for very good.

I liked this a lot more than Ryan did apparently…

Reminded me of LA Confidential if it were set in the 70s and was written by Shane Black.

Horror/suspense often requires you to suspend disbelief to keep the characters in peril, but this creepy film didn’t require that.  Good solid thriller.

When I first saw this movie, I thought it was amazing.  But after thinking about the silly Zemo plotline, I realized I only liked the final battle sequences.

Sweet documentary about a deeply autistic child who finds the world through the magic of Disney animated films.

A series of short sequences featuring the same character over time  played (in some cases) by different actors.

I like the idea of the Potterverse more than I like the films so this one was always going to be a little lower.  The third act though was really strong.  The ultimate test is, I would like to see more of this character and time period.

Not a big fan of this character, but I like Benedict.  That balanced out to me enjoying an origin film (which I don’t like) as much as I possibly could.  I am afraid that Marvel is become TOO formulaic.

Another Dallas Buyer’s Club entry.  All about the acting and the story is just there to give the actors something to say.

An excellent commentary on being a successful woman in a high pressure job.

Documentary about a creepy cult leader who operated in Austin! Eerie as hell!

What a douchebag! Amazing. Even before he impacted the 2016 election!

I love a movie that is both smart and stupid. This movie was close, but something kept it from getting all the way there.  I wish I knew what that was.  And yes…I might have ranked this next to Weiner on purpose.

The right blend of heart and comedy as the film tell the story of people struggling to make it.

Nice quirky Indie movie that Ryan hated. I think he thought it was going to be a crossover between Civil War and the Fantastic Four.

A really cute start to a huge franchise.

THE ENJOYABLE (Films I am happy to say I saw, but not great…)

For a dumb harmless comedy, this had a lot of got moments.  Bateman, Munn, and Miller were strong.  Oddly Kate McKinnon was a little MEH in this one.

A sweet Emperor Has No Clothes film. Excellent performance by Hugh Grant.

A perfectly fine airplane movie.  Only Jonah Hill’s performance made it even close to memorable.

I like Woody Allen’s mood in film, but this one was kind of middle of the road for him.

Not as interesting as Takei, but if you like Leonard Nimoy, it is worth your time.

Fascinating doc on cyber warfare and the attack on the Iranian nuclear program.

Not as good as the first but much more a Toy Story quality sequel rather than Monsters U or Cars 2.

Much better than the trailer.  I do not understand the misogynistic hate for this.  Kate McKinnon had a great year of performances and this was second only to her work on SNL.

Interesting and quirky take on the X-Men,

These guys are the world’s real superheroes.

This year’s Fantastic Four. Much better than the brutal reviews. Margot Robbie was inspired. As good a comic performance as I’ve seen.

This documentary about guns made me mad.

Legitimately scary and creepy without being over the top.

A fun summer thriller that surprised me a little.

A Close Encounters for the modern age.

A funny little comedy. Great chemistry between Kevin Hart and the Rock.

Key and Peele are funny even when the plot if kind of pointless.

So bizarre. It played like an Indie Drama but was supposed to be funny. Amidst the quirkiness was a brilliant commentary on relationships, love, and loneliness.

THE HARMLESS (Films I liked but were not worth recommending)

Great performances but the script dragged on.  Could have made the film more compelling by alternating between the Lovings and the legal case more.

A fine Itunes rental on a Friday night.  Mila Kunis is very likeable.

I like this cast a lot but the actual plot was pretty recycled.

Stone’s dishonesty with facts takes away from a serious subject. I wish this money had been made by someone else.  I did cringe every time they mentioned Dell…

The music was good, but the plot felt stolen from the Muppets.

I love the Obamas, but the actors didn’t do much to live up to the real people.

The kind of indie dramedy I like but it was kind of mediocre.

Cute but unmemorable.  Not bad but did not give me a razzle, dazzle day.

Zach Galifianakis makes me laugh even in dumb comedies.

Susan Sarandon and JK Simmons’ chemistry was compelling.  JK can do no wrong for me.

Better than I thought.  Extra laughs for our family because we have a tiny white dog named Gidget.

THE AIRPLANE MOVIES (Films worth watching on a plane)

Middle of the road.  Clooney is likeable, but I don’t think Julia Roberts can act anymore…

The book was better but this was a nice bit of GCI.

Gross and silly but fun to watch on iTunes.

About as good as the original. What made this one memorable was the AMAZING card scene in the computer lab!  Ryan likes this way too much.

I liked this. Not the best X-film but much better than 42% RT.

Decent action movie overall but an inspired action sequence at the beginning.

This was pretty good. Why did they release this in January?

Not bad for a Bay movie.

I laughed the whole time and then was ashamed.

The first Cruise movie I pay full price for in years and it is isn’t a fraction of the first Reacher fil,.

A total disappointment.  Nowhere near the standard of Gone Girl..

This one was about the online dare game, right?

THE PAINFUL (Films that were not enjoyable)

A couple of funny musical numbers surrounded by pretty scenery and no plot.

Mediocre and weak by Cohen standards.

Did Tom Hanks need to be in this movie?

A really cool thing done by really dull people makes for a middle of the pack documentary.

Interesting material with an irreverent angle.

Interesting guy, but this falls into the “all I needed was a segment on 60 Minutes to get the story…”

Good enough to pass the hours. Made me realize I’d like to see more from Casey Affleck.

Not sure why this got could enough review to entice me to watch it.

The changes made from the source material were not smart ones.

A decent documentary on the Apollo program more than Gene Cernan.

Rudy but without the charm of Sean Astin.

Passable discount cinema rom com that I picked because it started 15 minutes earlier than the other movie I was considering. .

Not as good as the usual Kevin Costner mediocre thriller

Fun visuals covering a subculture, but no narrative.

As silly as the title suggested

Five years too late and still not funny.

Not as bad as the 8% RT score indicated…shoulda been 18% at least!

Movies directed by Melissa McCarthy’s husband usually stink. He directed this one.

Cranston even seemed to phone this one in.

Couldn’t get into it.

The premise was interesting but the execution was poor.

Dull content but visually compelling…and not just because of Margo Robbie.

No angle to make an uninteresting subject interesting…

Kelsey Grammar should stick to playing Cranes instead of Storks….

None of the charm of the original.

A comedy where you laugh at every line and still think the movie stinks.

Even when I agree with Michael Moore’s basic POV, I can’t stand watching him explain it.

The characters from a dumb movie just got dumber.

I both fell asleep AND left early.

A missed opportunity. It got worse in my estimation as the year went on.  Was it REALLY the worst film of the year, even as it slid?  Probably not, but you screw up Batman and Superman’s first big screen matchup, you get some shade thrown your way!

One thought on “Watson’s 2016 Movie Rankings”