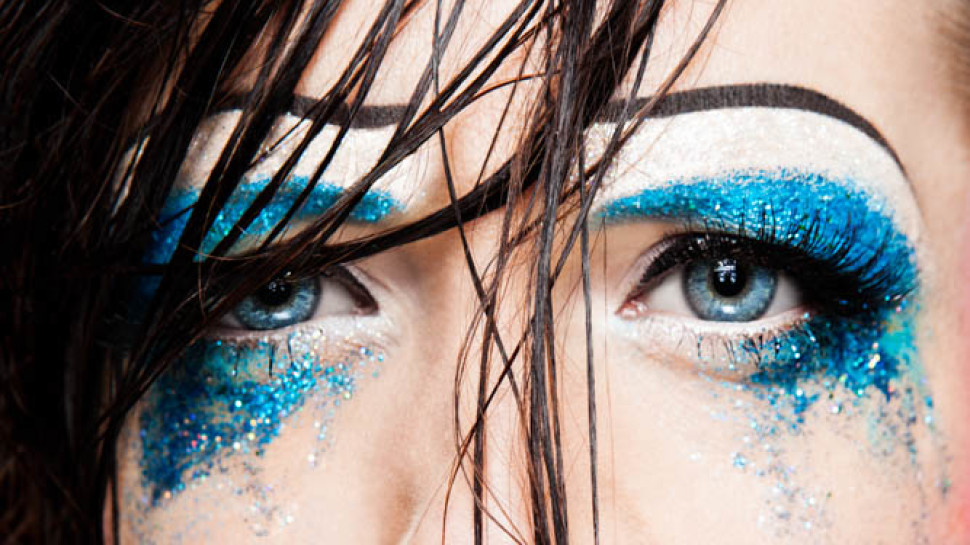 I saw Lena Hall take the stage as Hedwig.  Now that show will never be the same.

First, some background.  One of my favorite musical theater experiences was getting to see Neil Patrick Harris play the title role in Hedwig and the Angry Inch.  Mr. Harris is a fantastic performer and he brought a ton of great energy to the show.  It’s also a great role for him because Hedwig the character isn’t that great a singer.  She’s a great performer and has a lot of anger, all things Mr. Harris can do or use in his acting.  But part of the show’s dynamic is that Hedwig’s husband, Yitzhak, is the better singer.  And that works because Mr. Harris can absolutely sing and do a great job but he isn’t the most powerful voice to play Broadway.   That works for Hedwig the character and it made for a great show.

Hedwig is an incredibly short, challenging show.  For those that haven’t seen it, the show is a 90 minute rock concert where Hedwig sings songs and tells her life story including her relationship with a rock star playing a comeback concert down the street.  That life story is full of big moments: growing up in East Berlin, a botched sex change operation to escape the communist regime, a difficult life in America.  And that’s not even the biggest story–the dynamic between Hedwig and her husband, Yitzhak, and how Hedwig always has to keep the spotlight even if that means forcing Yitzhak into a lesser role.

Which is why, in the show, Yitzhak is a better singer.  It makes Hedwig’s actions that much crueler, that much more selfish, and her realization of this within the context of the show is powerful and amazing.  When I first saw the show I was overwhelmed by the content, the songs, the story–I think anyone who sees it the first time will find it challenging to unravel all these threads.  But it’s so rewarding when you do and as you listen to the songs again.  It’s an amazing, amazing show.

When we saw Mr. Harris play Hedwig he was perfect for the role.  Just as perfect was the casting of Lena Hall as Yitzhak.  She won the Tony Award that year for her performance, which struck me as odd because the role of Yitzhak is really, really small.  Yitzhak sings back-up most of the time but gets one song to herself.  Ms. Hall took advantage of every note, every line, every slump in her chair to beat out other, larger roles that year.  And she deserved it.

She rocked the role of Yitzhak that year but even I didn’t appreciate how much vocal power she contains.  That realization came later when we went to a performance by The Skivvies at 54 Below (a cabaret underneath Studio 54).  The Skivvies are a group that brings their Broadway friends on stage to sing mash-ups of pop songs in their underwear.  A bit gimmicky but you can see some fantastic performances.  We were there the night Ms. Hall sang a mash-up of “Butterflies and Hurricanes” by Muse, “Radioactive” by Imagine Dragons, and “Uprising” by Muse.  Fortunately, the Skivvies recorded the performance:

The video ends just as the audience is starting to stand–mostly because we were all still in shock.  Within seconds after the video ended the entire place was on its feet for one of the longest standing ovations I’ve witnessed.  I’ve been to several shows at 54 Below with some of the best Broadway singers and this remains the only time I saw a standing ovation in the middle of a show.  Ms. Hall is just that good–she has one of those rare voices that blends power and emotion and she knows how to use it.

Hedwig closed on Broadway in 2015 after going through several cast changes.  When the national tour of Hedwig was announced this year it was surprising to see Ms. Hall would be playing Yitzhak–it’s incredibly rare for an actor who won the Tony to then join the tour.  But then came an even more shocking announcement–that for a few shows during the tour she would play Hedwig.

My wife and I are huge theater fans.  When we heard that Ms. Hall would be playing Hedwig, we knew we had to be in the room where it happened.  We bought tickets so quickly that the box office didn’t even realize Ms. Hall was playing Hedwig that night.  And so this past Sunday night we were in the theater when Ms Hall took the stage in Hedwig as Hedwig.

I won’t even attempt to review this as a normal show.  Something this special isn’t normal at all and doesn’t need to be treated as such.  This is only the second time ever that my wife and I made plans to see a show just because someone was singing in it for a limited time (the other was Alfie Boe when he first joined the London production of Les Mis after singing in the 25th anniversary concert).  Most of the crowd in the theater were similarly aware of how special this show would be and responded as such.  The room was electric before it began.

And Ms. Hall did not disappoint.  I was concerned going in about whether the show would work with Hedwig being such a strong singer.  If the dynamic between Hedwig and Yitzhak is changed so that Yitzhak isn’t the better singer, does the main tension work?  It did.  Ms. Hall brought enough anger and drive to Hedwig that it didn’t matter that Hedwig could out-sing Yitzhak, it was that Yitzhak was good enough to share the stage with Hedwig but Hedwig doesn’t share the spotlight with anyone.  That kept the main story going while we could all sit back and let Ms. Hall blow us away with her vocals.

Which she did.  Every song.  Neil Patrick Harris brought a ton of energy to one of the show’s signature songs, Sugar Daddy, but the music was always bigger than his voice.  Ms. Hall ripped through the music like a scalpel through butter.  Wig in a Box starts off as a sweet little tune that builds to a power ballad–Mr. Harris had fun with the song but it never became the rocking beast that Ms. Hall birthed.  In between the opening songs, Ms. Hall gave a fantastic performance as Hedwig.  Mr. Harris may have a bit more comedic timing but she knew the beats to hit and had fun with it, especially during the ad libs (a part of the show when Hedwig intentionally insults Yitzhak; the lines vary from performer to performer but Ms. Hall knew exactly how to bring the house down).  If Mr. Harris was a 10 as Hedwig for the non-singing parts, Ms. Hall was a 8.5 or 9.

But after the opening hour of songs and stories and heartache and tension, the show hits its emotional peak with its last four songs.  And that’s when Ms. Hall stepped up to an entire audience, gently stroked our hair to tell us it would be okay, and then ripped the beating hearts out of our chests.  Ms. Hall laid out a four-song masterpiece for all to hear, to feel, to never forget.  Hedwig’s Lament is a soul-searching tune that starts the final arc of the show as Hedwig realizes everything she has lost–physically, mentally, emotionally.  It is slow, soul-searching.  Ms. Hall’s voice pushed her pain into everyone, the ultimate set-up.  I don’t think she even needed a microphone for everyone hear those giant notes.  That song moves seemlessly into Exquisite Corpse, a song all about anger and rage and confusion over how Hedwig ended up here.  This is where Ms. Hall blew the roof off the place.  Mr. Harris’ performance of the song was, well, a bit flat, relying on backup vocals and music to get the rage across.  Ms. Hall needed neither.  The rage was palpable, intense.  And it left the stage devastated and silent.

When the third song began, the reprise of Wicked Little Town (which is actually being sung by a different character but still by the main actor) I wondered how Ms. Hall would handle it.  How?  By dropping her voice an octave while keeping the same power and raw emotion.  We hear two different plotlines get resolved in one song while she sings on a raised platform, topless (but taped).  And that set up the most amazing version of Midnight Radio that might ever be sung.  Because not only is Ms. Hall’s voice perfect for the song, but she delivered it with so much emotion after the three previous songs it will be permanently seared into my brain.

I am both desperate for Ms. Hall to record the Hedwig songs and also know that it will be almost impossible to translate that energy from the stage to a studio.  But if anyone could do it, she could.

Ms. Hall, along with Darren Criss (who plays Hedwig in the other shows) and Stephen Trask (he wrote the music) did an acoustic set days before the show opened.  Mr. Criss sang Sugar Daddy and then Ms. Hall sang Midnight Radio.  Just go listen to Ms. Hall sing (the video should start playing at 6:40 in, but if not then skip to that part so you get just the second song):

Now realize a few things.  First, Ms. Hall is singing this WHILE SITTING ON A STOOL.  I can’t sing but every singer I’ve heard on the subject says you can’t fully engage all the muscles you use to sing while sitting.  Second, there are a few times when Ms. Hall BLOWS OUT THE MICROPHONE.  She sings with so much power the microphone (a good one) can’t handle it.  And finally, while this performance is amazing and powerful, it’s maybe a 8 or 9 on what Ms. Hall can do.  That first night with her playing Hedwig, she sang Midnight Radio at a damned 15.   Almost twice the power of what’s recorded here.  All of that as the final part of a four-song show worth twice the cost of admission.

Hedwig is an amazingly complex character.  She can be played so many ways.  But she has never been played this way and these songs have never been heard this way.  And it is the single greatest vocal performance in a musical I have ever heard over hundreds of shows.  Hedwig is a character who lives for rock and roll and laments the unfortunate circumstances that prevented her from being a rock and roll star.  Ms. Hall gives Hedwig her due and makes her the rock goddess she always yearned to be.

Score: 15 out of 10 cancelled performances of The Hurt Locker musical.

One thought on “Theater Geek: Lena Hall Is The Ultimate Hedwig”