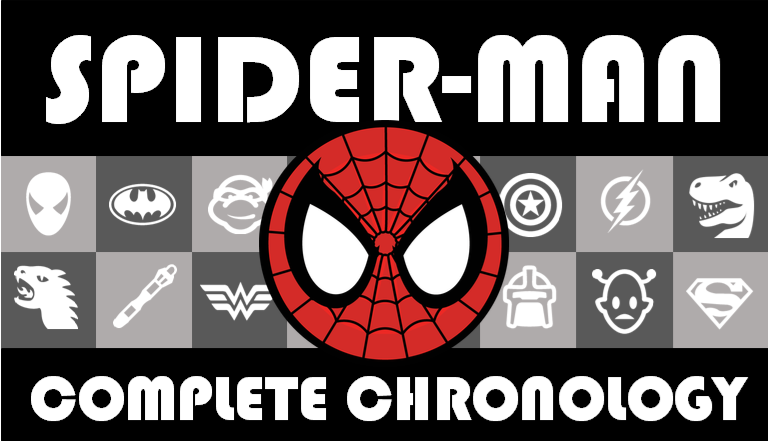 I have this prominent memory of visiting my cousin when I was 11 in 1986 and purchasing Amazing Spider-Man #275.  It was an oversized book that featured Spider-Man vs. the Hobgoblin and also a retelling of Spidey’s origin.  When I think about when I started collecting comics, this seems to be the point.  It would be years before I would miss another issue of Amazing Spider-Man and I dropped a boatload of money at my local comic shops during that time as well.

But when I sat down to write this update, I wondered about aspects of that memory.  While the above did happen it seems to be specific to my collecting of Spider-Man as opposed to my obsession with comics.  I clearly remember getting each issue of Secret Wars II as they were released, which would have been a year prior.  I also remember buying the final issue of Secret Wars (before attempting to hunt down back issues) which would have been in 1985 as well.

My points being that I’ve been reading comics a long time, Secret Wars I & II hold a special place in my heart, my memory sucks and I am old.  We actually won’t touch on Secret Wars II in this update, but it will finish up with the original.  Given the way I have structured the chronology, you could argue that the bulk of Secret Wars should go in my “cameos” series of articles Spiders, Spiders Everywhere.  In many issues Spider-Man barely appears.  But Secret Wars is so key to the Marvel universe, and just awesome in general, you should be reading it anyway.  Not to mention it features the chronological first appearance of a certain symbiotic black suit that our friendly neighbourhood Spider-Man would begin to wear upon his return to his regular titles.

Before we get into the list, some housekeeping.  As I mentioned I like to keep the Spider-Man cameos in other titles to a minimum so as not to clutter up the main chronology.  One cameo that I’ve already posted in a Spiders, Spiders Everywhere column is Spidey’s appearance in Avengers 221.  It’s actually a bit of a lengthy appearance spanning 4 pages, as Thor attempts to recruit Spider-Man for the Avengers.  It doesn’t have any real context to place it exactly, and never amounts to anything so up to this point I hadn’t included it here.  But then a snowball of events happened as I was reading through.  Amazing Spider-Man 245 directly referenced a cameo in Avengers 235, which directly referenced Avengers 221. And since I don’t like to exclude cameos that are referenced as significant, Avengers 221 graduates to the main list.

It was very late in the game that I discovered Ka-Zar The Savage issues 21-26 involved a lengthy Spider-Man/Peter Parker appearance.  Unfortunately, there is nothing definitive to really place it.  Peter makes a couple of illusions to his love life being in turmoil (what else is new?) and his having his own emotional crises, but there are no further details.  Many chronologies place it during the time when Black Cat is in the hospital, but I’m not a fan of that.  Peter and Shanna never get together, but both think about it a lot and she stays at his place for over a week.  And during all that time Peter never mentions Cat and her being in hospital?  Peter and Shanna’s mutual attraction stands out even more after reading Marvel Team-Up 128 when Peter is racked with guilt over similar feelings for a friend while Cat is recuperating.  So I’ve placed it before the beginning of the Ock/Owl arc in Spectacular Spider-Man that will end with Cat in hospital.  Peter is not really seeing anyone at this time, only trying to help out Debra Whitman.

And now, let’s continue on from the last update that concluded with Spectacular Spider-Man 073:

***A whole lot of overlap here prior to Secret Wars. All three series end the same way but take different routes to get there. Many of which trip over each other. Other chronologies place the flashback story in Web of Spider-Man 26 here, but I don’t think that really works, so will try to place it elsewhere. There is nothing that really places it chronologically except for Spidey in his red and blue suit and Robbie is Editor In Chief. ***

Spider-Man & The Secret Wars was a fun little series released about 25 years after the original Secret Wars.  It contains untold tales and retells certain pieces of Secret Wars, all from a Spider-Man perspective.  In terms of continuity, it could possibly be ignored but nothing technically excludes it.